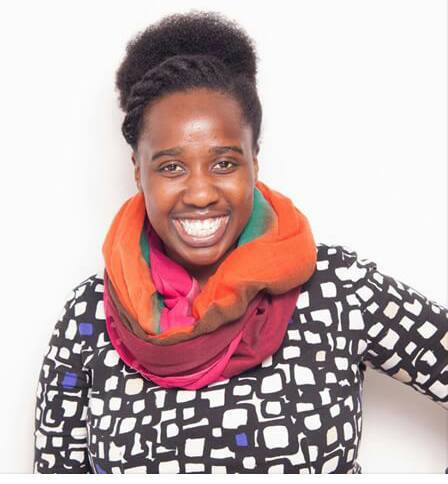 “10 years ago I was diagnosed with bipolar and ever since then it changed my life.

In my last year at the University of Toronto, while living on campus I experienced my first episode of mania and depression. It was so sudden. For months I was operating on a high full of energy meeting total strangers and meeting so many people and making a difference or so I thought. However, my friends and family knew that something was up. I thought they were crazy but later would find out something really was wrong.
In January 2006, after two months of being on a high, I had a sudden crash. I didn’t understand what was wrong. Later, I found out that I had experienced my first bout with depression. I considered committing suicide and then I realized something was wrong. So I checked myself into CAMH because I was so low and so suicidal. How could I be a Christian and want to die? I questioned this over and over again. Well, you see, mental illness does not discriminate whether you are Christian, Jewish or Muslim, poor or rich; mental illness affects us all.

For the first time in my life, I was diagnosed with bipolar 1. The doctor recommended that I see a psychiatrist for a few months but no medication was given. I saw a psychiatrist at UofT for six months and finally felt better. Feeling better I decided to tell someone from my church how happy I was that I knew my diagnosis and ignorantly this poor sister said: “no sister don’t receive that.” Because of this for six more years, I was in denial that I did not have a mental illness.

In 2011, I lost my job at the Ministry of health for the Ontario public service. This devastated me but I was also happy to continue to work on my fashion business C-virtue which I launched in 2007.
This business allowed me to be featured on television radio newspapers and so much more.

Back to 2011. My mental illness led me to be incarcerated, homeless, on the run, rejected, depressed, and suicidal. All of this happen in just one year.
Finally, after being on the road and traveling for so long, I fell and crashed in 2013. I went into my first serious depression where I tried to commit suicide.
Though I did not commit suicide that day, I still tried to do it again. I finally could not take it any longer I needed medication.

So finally I accepted and agreed that I was bipolar and I needed help. So I found a psychiatrist and started taking medication and things started to look like it was turning around.
In 2014 I enrolled into the TPE program at George brown college and laughing like crazy. TPE is a program for people with a mental illness who want to either go back to school or work. Laughing like crazy is a program hosted by Mood Disorders Association of Ontario or simply MDAO to help people with mental illness transform their painful stories into jokes. My life was starting to look up. Because of this, I grew a perspective and I decided that I wanted to tell the stories of other people with mental illness and let others know that there is life after diagnosis.

I started it by making videos and posting them on YouTube and building an audience on social media. Things were looking up. I had just been featured on the cover of my student newspaper George brown college, The Dialog, and was very excited.
Then it happened I became manic again. Thankfully, due to a very supportive church the Apostolic Pentecostal Church of Pickering, they loved me back into place. I continued to work on my talk show and finally, in December, we recorded it. I was excited but I was also manic. Sadly the recording of the show was not good quality. We needed to re-tape it but sadly I was manic and hospitalized one day before the re-taping. I was devastated and grew into depression.

I checked myself into CAMH because I was suicidal. After a few weeks, I was released and preparing to go into an inpatient program. I was doing better.
Then, it happened. I was fearful and felt like I needed to run away. So I packed my bags in the middle of the night and left Toronto in fear for Ottawa. I did not have much money so I stayed in the shelter and met with my friend in Parliament. He was nothing but kind to me. I was manic and started to take many photos all over the place. I posted a tweet about the government and was tracked down by the police in my shelter moments before I was on my way to Nova Scotia. They thought I was a terrorist. Me, a terrorist, what a joke! I was just running my mouth. You see, my mouth gets me in trouble all the time. I lied to the officer and left the province for Nova Scotia.

As far as I was concerned, I was done with Ontario. I wanted nothing to do with Ontarians. This place had caused me nothing but hurt imprisonment confusion rejection and hurt. I wanted to change and Nova Scotia was that change.
So I got to Montreal and stopped in there for a day and was almost caught by the Montreal police due to a tweet that I had posted on the Internet. While they were searching for me I escaped and left the province for Nova Scotia. I arrived in Nova Scotia and felt like I was in heaven. I stayed in another shelter and felt really good.

Then, as usual, one of the jealous women got into an argument with me and created a trouble for me. I packed my bags and left and was homeless again. I walked and got lost in the city deep into the night and walked through the woods. Dragging my suitcase in the night in the snow I grew tired. I lay on the ground in the snow trying to find the rest praying and sobbing. I cried to the Lord because I was lost. After three hours, I arrived at a hotel where due to exhaustion I passed out and had a seizure in the hotel. I was taken to the hospital but was frustrated by their horrible service and left.

The doctors contacted the police and put a warrant out to find me and hospitalize me. I was now hospitalized for four long weeks in the Abbie J Lane Memorial. I was assaulted and harassed at the hospital and forced to take medication. I had no rights. Finally, it was good Friday and I was sick of being in the hospital. So, I decided to escape. I took my day pass and escaped out of the province to Montreal. The hospital put an alert out for me and contacted the police and the media. CBC news posted my picture all over the news saying that I was a missing patient. Of all the thousands of photos that are of me on the Internet,   they chose the worst picture of me wearing a dog hat. Are you for real?

I was located by the police in Montreal and sent back to the hospital. I was hospitalized for two weeks and then ordered to stay for another 30 days but was given a choice to either go back to Nova Scotia, stay in Montreal or go back home to Ontario. I chose Ontario.
I came home homeless and was forced to stay with my father. This was very difficult considering that I had lost my apartment. I loved my apartment. Thankfully I got my apartment back and things are now on track I enrolled in a program at the University of Toronto at the Rotman school of management in the program called RISE.

RISE helps entrepreneurs with a business idea to start their own business. I was given another chance to get it right. I enrolled in the program and was so happy. My fire came back. However once again I became manic. Then I crashed and fell into a depression but thankfully not so deep that I became suicidal.

I am no longer depressed and have finally graduated from the TPE program at George Brown College but looking forward to 2016 where I will re-launch my talkshow and start my new business ‪#‎HappHOME42‬.

I say all this to say, if you are a dreamer keep dreaming. Keep working. Don’t let your mental illness stop you. You can make it. I made it. You can too.”