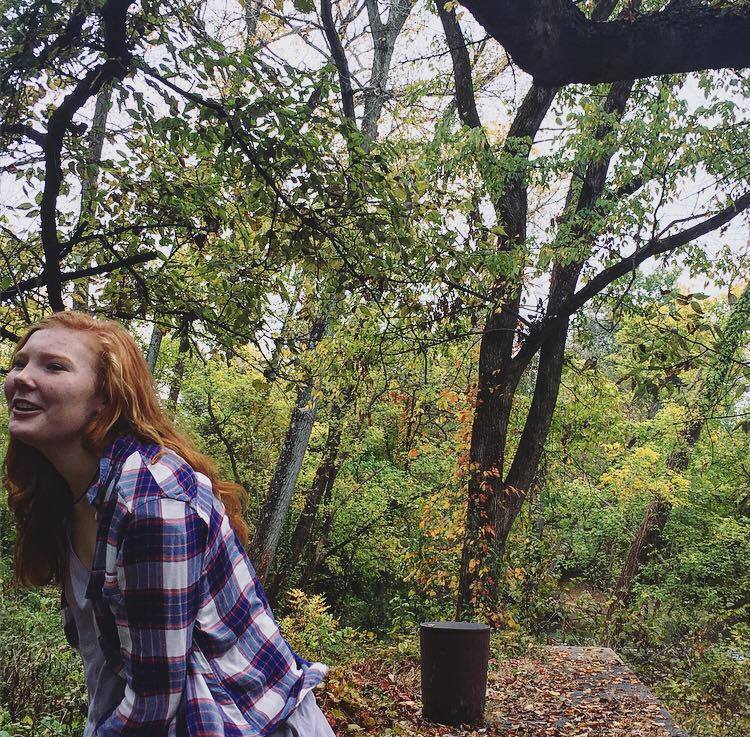 “I have been struggling with social anxiety and generalized anxiety my whole life and an eating disorder since 2012.
Later, I was diagnosed with depression, OCD, and body dysmorphia.

My eating disorder has been the hardest thing in the world for me to fight. It switches off between anorexia nervosa and EDNOS (eating disorder not otherwise specified, which has features of both anorexia and bulimia). Anorexia became addicting and when I was 13, I fell down the long spiral of succumbing to this illness. It sucked me in and I’m lucky to be alive. I spent three months in an inpatient hospital for my eating disorder in January-April of 2015, and then two more months in a residential program in April-June of 2015.

My eating disorder has left me hopeless and distraught but the recovery has taught me more than I ever thought possible. I am by no means recovered. I still battle my eating disorder multiple times every single day. It’s voice switches between screaming and just talking obnoxiously loudly but just the fact that I can hear a change in volume gives me hope.

My OCD and depression actually came about because of my eating disorder and all the pain it has caused me and my need to control everything and while I often have bad days where they feel rampant in my life, there are days when they are not quite so prominent.
I’m learning to live and to love again and it’s hard, but I never regret developing an eating disorder because of how much it has taught me about myself, life, and finding the blessings in anything.

Awareness is extremely important to me and I speak about my mental illnesses as much as possible because my eating disorder silenced me and this is another way for me to defy that. I am not a stereotype or a statistic and stigmas won’t shut me up.”