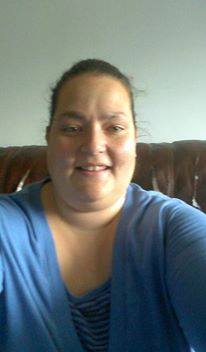 “I suffer from bipolar, PTSD, generalized anxiety disorder.
Since I was a little girl, my mother showed us more evil and hate than I can even show in this message. It began once my third sister was born. It was bad before then, but after it got worse. My third sister was three months premature. My mom was dating a crackhead and having different men through the house every night. Eventually, it got to the point where they were bored with her and wanted me and my middle sister. So she traded us to grown men for drugs. The beatings were so bad she used us falling down and being clumsy as an excuse for all the abuse and bruises she put on us.

In 1995 we were finally removed from her care and sent to her parents. Once there I landed in a room in the basement treated like the black sheep. Almost like being punished for being angry about how my life has gone. And to top it off my mother never came back for us. She only had to do 30 days in a rehab and she could have had us back. But instead, she left, claiming she wanted boys anyway.

So throughout my teens, I was very angry. Therapists tried to rebirth me. Feeding me bottles and wrapping me up. Me, feeling completely stupid, and obviously so messed up that even therapists wanted to erase me and reboot me. After that, I was sent into my three-year psych stay. 12 hospitals and 3 years later I checked myself out at 17.
I was homeless from 17-27. Living in different states, different men, and pretty much following the same lifestyle as the mother, I could not stand. Yet I tried to reach out to her three times. All three times she shut me out. Saying why do I keep trying to talk to her. In June 2014, my mom committed suicide.

To this day I still struggle with the nightmares, and I never did get the closure I thought I would get when I got her ashes but I know I no longer have to worry about that pain.
I still struggle daily letting people get close to me. I even over attach to some people and then push them away so I don’t get hurt.

Every day is a trial. Some days I pass and some days I struggle. I am so glad to be in a group of people that understand how I feel.”