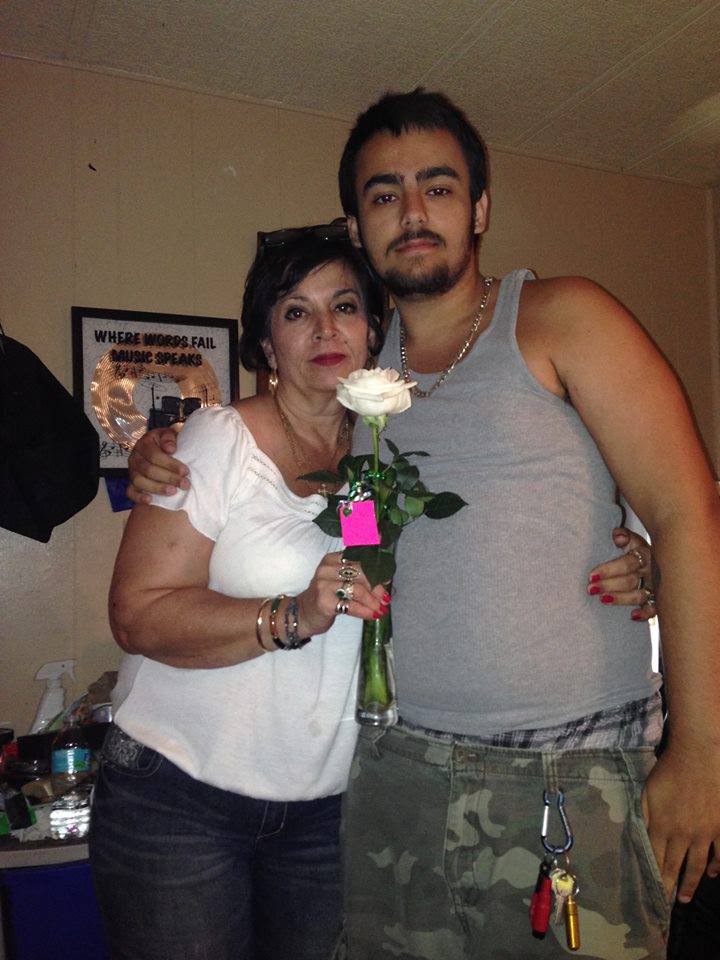 “I have 2 boys, one is 32 and one is 19. I’m divorced and single since 1989. I was 11 years old when I was pronounced dead in a car accident. I always wished my family and doctors would have let me die. I knew I would’ve left this world an innocent angel and gone straight to heaven and I never would have had to go through any of the suffering and all of the challenges I’ve had to go through to this day.
I sustained a severe head injury but no brain damage, just a compound fracture of the skull and massive scars and shattered bones followed by approximately 6 years of reconstructive surgeries. Obviously, this has left a great impact on my life and changed my destiny and who I was forever.

I’ve been stared at, made fun of, shunned and restricted from engaging in many physical activities. I was bullied all through middle school even though I made good grades and went on to high school and college and technical school, I had it harder than most. I’m not saying there weren’t people worse off than I was, I just never saw it because I turned inward and was self-conscious and could only see my own problems. So I focused on myself mostly. You might say I was self-absorbed.

I was forced to go back to school two weeks after coming out of intensive care with no hair on one side of my head having to wear wigs that were donated to me by the time I realized I had no choice and I had to do the best that I could I made lots of friends who told me I was beautiful in spite of my scars and I copied but using my talents and my brain through the arts music and draw mostly.

I was raised in the church and I came to find Jesus in my junior year of high school which gave me an enlightenment and an existence on a different plane the physical didn’t matter anymore it was all about the spiritual and the afterlife that I became consumed with I became interested in saving lives and bringing people to God and living for a different purpose.
I struggled with my family to support me in decisions that I had made to go to art school and to allow me to fall in love and be with the man that I met at the age of 16, however, my family was oppressive and controlling except for my grandparents but they disallowed me to make any decisions for myself and forced me into a downward spiral which came to be my demise and the result is my current life.

In a nutshell, I found myself at 57 years old never having truly lived my life or been true to myself and my own calling because I wasn’t strong enough.
I woke up this year empty and dead inside and most of all alone what the aftermath of the mess that I had created, or so I thought because mostly I believe it’s due to my circumstances beyond my control that I’ve ended up this way. And as you can see I blame my family. I have found forgiveness although through therapy, medicine and self-actualization and meditation.
There a lot of parts of my life that I was left out because obviously there’s only so much I can say without writing a book. I ask myself this year what do I do with the rest of my life.
Over the years I’ve had several nervous breakdowns even as far as this year, and I suffer from anxiety, depression, PTSD, OCD, ADD, BIPOLAR 2. This year I’ve had insomnia agoraphobia, facial dysmorphia, and more.
I reached a point back in February where I fell into the depths of hell and despair and didn’t know how to climb out of it I literally gave up my life was over as far as I know and I was dying my son told me I was dying and that he could see it and he was furious that I was allowing it to happen but I didn’t feel like I had any control over it it was just something that was happening to me beyond my control so I laid on my couch for 3 months, not being able to sleep eat or go anywhere and I started searching on the Internet for help to discover more about the way that I was feeling and what was happening to me what I found or some groups on depression and anxiety and I joined seven or eight of them and right away I was enlisted to be an administrator consequently I was removed and blocked for different reasons mainly because I had a conviction for what I believed in and began to stand up for myself these groups gave me a reason and a drive to become part of the living again and start fighting for my own life.

It began to be my way of coping my reason to get up and do something with myself and I’ve been at it ever since I have 3 groups when is artist when is depression and anxiety for adults and one isn’t in depression and anxiety kids just launched a project called the purple snowflake project at Artist Gallery Xanthi and I’m about to start a foundation for the Arts so if anybody is interested in hopping on board with me please message me I need as much support as I can get.

I encourage everyone to please contact me through private message or email flsun567@gmail.com. I love helping people and I will continue to do so. People can send me a friend request on Facebook I have several accounts. Xanthe Cindy Chrisaidos. I work with people in my groups as well as privately. I network with other artists through my one group including poets, musicians, and visual artists and promote connectivity.
I advise everyone to get connected in some way to anything that breathes life into them. Get connected socially to other people and groups online which are easy to do from home, so if you feel alone and isolated, reach out to me or someone else and doesn’t suffer in silence. The Internet is an excellent tool to gain a sense of unity and belonging for many with mental health issues who are housebound due to agoraphobia and other illnesses that prevent them from going out and interacting with people.
I’ve sent my story to the local newspaper and was interviewed. It’s ‘s being reviewed for possible publication. I’m very hopeful it will be accepted. I started out in February not wanting to even face one day alive and I’ve come such a long way to today by joining groups and helping others and deciding that since my days are numbered and I can only live to help myself feel and be alive I need to do whatever I need to do to make that happen because I really don’t want to suffer or die.
What I want is a better quality of life and if anybody hears me or sees me because I’m tired of being invisible and living in the shadows of others, they can join me, follow me, or find their own path but most of all get connected somewhere to something somehow one second at a time in your own capacity. And since I live for the next life and not this world, I find and stand for what I believe and move forward in that direction.
Find what you believe and find your strength and take a stand and be who you are and do what you feel passionate about. It’s a self-actualization and revelation it’s a liberation, it’s the age of Aquarius, listen to the song. It’s a spiritual awakening, a mindset, and a higher consciousness. It’s a spirit world. The physical will be gone one day. Be a part of the universe that transcends the carnal. That’s my advice.

Live for a purpose that will bring about a change in you and others, love, and peace. Don’t let anyone tell you who you are and what you can and should be. Find it within yourself to discover who you are and make your life count.

Be what matters. Accept good things into your life and give yourself permission. Don’t wait or hesitate. Listen to meditations, Eckhart Tolle, guided meditations on youtube, the honest guys, Wayne Dwyer, UCLA’S video “How you’re brain can turn anxiety into calmness” these are all things I discovered on youtube when I was sleep deprived of insomnia for 3 months and would not conform to taking medicine, which now I do. Search and find what you need to help you.”