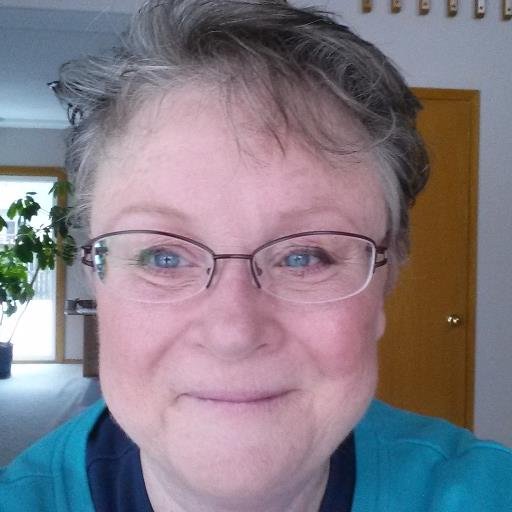 “In June of 1998, after a very stressful period in my life, I found myself locked up in the psych ward of a local hospital with a bunch of “crazy” people. I was not “crazy,” THEY were. That’s how I felt.
At that time, everything was about me. The people on the TV, even in recorded shows, were talking to me. The people I would see at the convenience store or wherever I was at were either good people or bad people and they were all watching ME. Somehow I could tell the difference between “good” people and “bad” people and avoided the bad ones (oh, and smiled knowingly at the good people). I became obsessive about cleaning house and keeping really busy and hardly slept at all.

At the time, my husband and I were living in Minnesota and it was the first time I had ever behaved that way in our three years of marriage so my husband secretly called my mom and sister back in Iowa. My sister called me later and pretended that she needed me to come home to help her with a college paper. When I got there, I apparently scared the bejeezus out of her by the things I was telling her, so she, and my mom, took me to the hospital.

I met with a doctor the first night and he asked me a bunch of questions. I told him that I was being sought after by some Nazis who wanted me because I had “special gifts” (I was blond until the 8th grade and could use both sides of my brain, so I thought I was psychic and someone the Nazis would want on their side) but that I also had some good people looking out for me so that the Nazis wouldn’t get me. Those people were so powerful they were even above the CIA!

The doctor told me I had bipolar disorder. I didn’t believe him. I believed he was just telling me that to keep me safe. They ended up doping me up pretty good and I finally slept, if I remember right.
After about three days in the hospital, they sent me back to Minnesota with two prescriptions and an appointment with a doctor in the twin cities. THAT doctor told me that bipolar disorder was really rare and that drinking too much (which I had been doing) could cause delusions, so he took me off of my meds and told me to stay away from the alcohol.

After about a month of still feeling high and still watching out for good people and bad people, something started to change. I had very little energy, had deep dark thoughts about people and life, and couldn’t hardly even brush my teeth. So, I went back to the doctor and he said, “well, maybe you DO have bipolar disorder.” He put me back on my meds plus one more for depression. I saw him for several months and finally began to feel better. THEN, he decided to retire and I decided that I didn’t really need to be medicated anyway so I stopped the meds.

Not long after that, we moved back to Iowa with my husband’s job. The stress of the move, trying to find a job, and drinking every day again finally took its toll and I ended up with the exact same experience…not sleeping, everything about me, good people, bad people, messages from the TV, etc.

And so began my 17-year odyssey into and out of manic episodes and two deep depressions. I finally had to admit, after some years of denial, that I had bipolar disorder and that was going to be my life until I started my spiritual journey. I’ve been “seeking” off and on for many years, even before the first manic episode, but finally got serious about it in the Spring of 2015.

From the traditional therapy perspective, I take my medication religiously, work with my doctor closely (when I’m struggling) and talk with a psychologist. I’ve been through many medication changes as well as ups and downs. I also use spiritual teachers, classes and healing modalities to help me become better able to handle stress and raise my vibration so that I don’t suffer as much on an energetic level.

My only advice to people who are labeled with a mental illness is to do what feels right for you to do, based upon your beliefs about what’s the best way to take care of yourself. I have a friend who is a practicing Buddhist and has some other beliefs that cause her to not want to take meds for her BPD. At first, I thought she should take meds. However, the more I learn about spirituality and the lessons we are learning in this life, the more I realize each person has their own journey and their own right to do as they wish.
Many Blessings!”