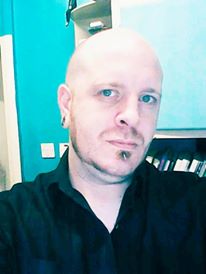 As a non-professional carer, I could only ever offer support and listening. I had quite a problem with hard drugs for years in order to cope with seeing the person I loved slowly dying in front of me.
We never spent a day apart and I would be in heartbreaking floods of tears every day as she dropped to under 5 stone (5’10”). She had to go into residential care and I could only see her once a week.
After she’s put on 2 stone she was allowed to leave. I thought my life could begin again, together but she had changed.

Within a few months, she had had a whole string of affairs, sometimes directly in front of me. Finally, I could take no more and our marriage broke down. She began spiraling down again and her final affair was no longer interested in her as a result.
Although, we were no longer an item I agreed to take her in and look after her, foregoing my own life to care again.

Six years have gone by now and I have suffered much mental and physical abuse during this time, I knew I shouldn’t have put up with that but I was now used to keeping my mouth shut and accepting her condition.
Now she has been told her damage done to her body is now irreparable and will be seeking hospice care within the next few months.

I have been on medication to cope but found it has pretty much turned me into a robot-like state but at least I can now cope.
In the last year I have met someone new, a very understanding American lady and without her, I wouldn’t have been able to get through it.”