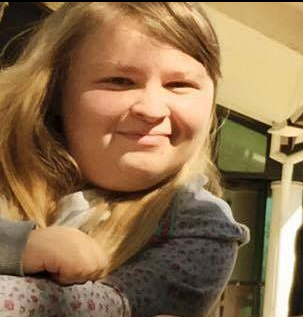 “My story starts off in 2009 back when I started Secondary school, very nerve-wracking and throughout that time I increasingly found it harder and harder to socialise and I built a wall around myself to shy myself away and that continued.

In year 8 I was heavily verbally bullied and intimidated to the point where I didn’t want to go to school and I just watched my self-esteem and confidence fall apart, I just couldn’t stick up for myself and I never told a teacher but there was this boy at school who was always behind me, supporting me and helping me with the bullies till they finally stopped and we grew a sister and brother type relationship, his name was Shaun and even with his help it used to just start up again so I had to tell someone, I had to tell a teacher and that’s exactly what I was done and luckily I got through it and all this happened all the way from year 9 to year 11 and it made my life a misery and my social skills and all confidence in myself and my abilities crumbled before my eyes.

Next, the transition from school to college with only one GCSE in food technology at a C and two BTEC’s which ranged from a merit to a distinction* under my belt it made me feel a lot more nervous, people were telling me all the time that I would be fine but no one could make me calm, I started constantly having thoughts like will I fit in?, will I be judged? , will I be bullied? But no it was great, well the first 3 months were.

At the end of November 2014, I was finding it increasingly hard to settle in, made two friends who were so supportive but with the increasing workload and feeling overwhelmed I started having daily panic attacks at college, sometimes I would have up to like 10 a week and that resulted in me skipping lessons and walking out of classes, at the time I didn’t even know fully what a panic attack was and I just heard of it before from TV, I had no idea what was happening to me.

I had no idea why I couldn’t deal with my emotions, this happened all the way up to the summer holidays when I started randomly googling my symptoms, I don’t advise anyone who ever feels ill to do this. (A mental health issue or not) It can just make you think the worse but at the time I was very desperate and I came across a site called Young Minds and the topic of the page was panic attacks and it listed a list of symptoms and I could relate to all of them. I then visited my GP and took the list of symptoms with me and I also told him about how I was feeling to back it up and he just came out with yes you are experiencing panic attacks and he advised me to get more sleep, think more positively, be more organised and exercise more to get rid of the adrenaline in my body, he also referred me to cognitive behavioral therapy.

Out of nowhere back in May I heard that a close friend of mine has taken his own life, if anyone reading this knows of someone who has gone through this then you would know that it is incredibly hard to deal with and it feels like your world has been turned upside down, maybe you reading this are dealing with this yourself, don’t ever deal with this alone, I tried to and I ended up feeling very alone. All of this hit me like a tonne of bricks and I clearly wasn’t coping so I went back to see my GP knowing that something was seriously wrong with me but I didn’t know what because no one ever talks to you and teaches you about life, depression and anxiety disorders, my GP recommended that I use a site called The Site.org which is platform for 16-25 year to talk about mental health issues to money and relationship problems.

I went from being bullied, being diagnosed with depression and an anxiety disorder, losing a friend to suicide to raising awareness of mental health by doing a radio interview on The Breeze FM. In my radio interview, I reassure other young people who are in my situation to just step out of the shadows and speak up.

Now today I am still at college studying media and film studies of which I am thoroughly enjoying, still making regular trips to see my GP as I am on anti-depressants after experiencing worse panic attacks and suicidal thoughts which I have been told that I will have to take short term, but I have also set up my own blog which is called The Beginning of a Better World of which I believe changes my negative energy into positive energy, and as well as the blog I am currently also volunteering for two different organisations called YouthNet and YoungMinds which give me a chance to share my personal journey with others and to raise awareness of mental health among many other of life’s difficulties; I am hoping to do some more radio interviews in the future so watch this space!”