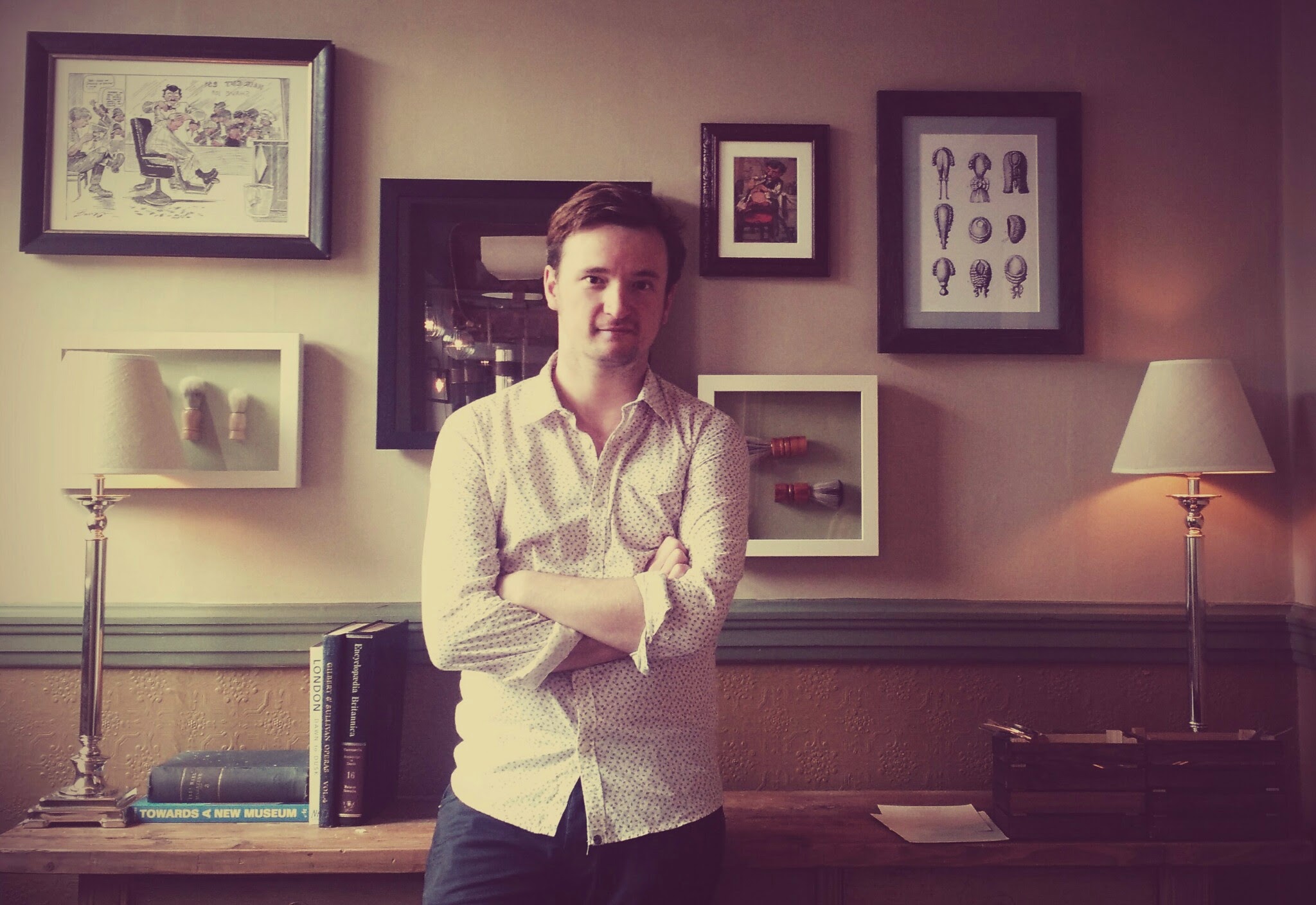 “Like many, many people in this world I have struggled with depression. There’s nothing remarkable about that. They say that one in four people suffer from a mental health issue of some kind. But despite this, I find that lots of people still stigmatise it.

The moment when you realise that someone sees your condition and not you is a heart-breaking one and it’s one of the reasons I like to write about this subject.

My debut novel, ‘Default Setting: A Nervous Breakdown’ is a darkly humorous tale of depression, heartbreak, alcoholism, addiction and falling apart. In my late twenties, this all came to a head. I was drinking heavily, abusing cocaine on a daily basis and self-harming. These were my coping techniques although looking back on it now I was miles away from coping. I just couldn’t get out of this state of mind. As hard as I tried, it just wouldn’t click for me.

I feel really bad for my family and friends because they just wanted to help me back on track. The powerlessness that they felt must have been beyond comparison. If you haven’t suffered from depression I’m sure it’s weird to see someone you love going through it because, to a rational ‘normal’ (whatever that is) mind, all you see is someone going off the rails. You only see the symptoms of depression and not the cause. To my family it must have been a case of ‘Why don’t you stop drinking? Why don’t you stop using drugs? Why don’t you stop self-harming?’

Although none of these things helped in the long term, they did in the short term. That’s why people with this illness resort to such destructive behaviours; for a short period of time, they do give your relief. I guess that’s the thing aboutdepression, you don’t think about the long term, you live only in the present and you do what you can to survive moment to moment. The past is gone and its what brought you to where you are and the future holds nothing to look forward to.

I slipped from bad to worse. I was going to therapy and taking medication but it didn’t seem to help that much. My saving grace was writing. It helped me process everything I was feeling and make sense of it. My idea was to try to turn all of those dark times into something positive and that’s how my protagonist Edward Staten came about. Edward is based on my experiences but as he’s a character it allowed me artistic licence to fictionalise and make my writing more readable.

The writing was suggested to me as a form of therapy and I found it did help. I decided to show some of my writing to my brother and he encouraged me to develop it. My story was then picked up by a great organisation called Help For Writers who converted it into a digital release and made it available globally.

Getting such positive feedback and reviews (Default Setting currently has a 5/5 average on Amazon) has meant the world to me and knowing that others can relate to what I’m saying has given me the strength to carry on and I’m already writing my next novel. I’m no expert, but my advice to anyone with depression would be to find some kind of creative outlet. It really served as a release for me and gave me breathing space.

Default Setting: A Nervous Breakdown is available as a download for £2.69 oniTunes, Amazon, Google Play and Kobo. I can be reached, Twitter; @WillGreenAuthorW“