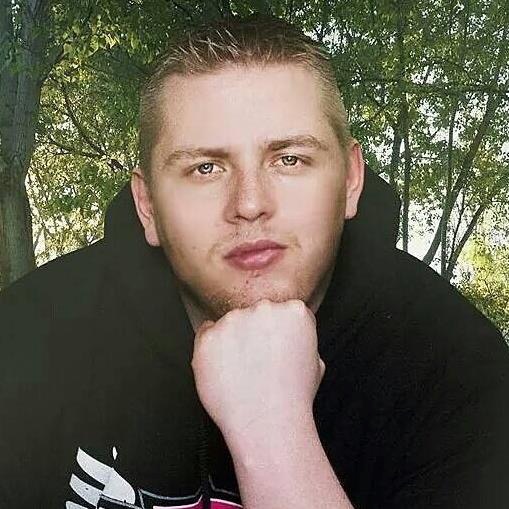 “I was diagnosed with ADHD in 1998 (grade 7), and I have fifteen severe concussions which have resulted in permanent brain damage that affects my vision and cognitive ability. I garnished my concussions from football, professional wrestling, security, and bodyguard work, as well as being assaulted with a shovel in 2006.

Throughout my early school years, I struggled with focus and memory, there were times I would completely tune out the teaching from the teacher, I was often called lazy, unmotivated, and informed I needed to pull my socks up or I would fail my grades. It did not matter as to how much I was warned of this I just could not garnish the focus needed. It was in grade seven I was finally tested for ADHD; it was apparent once the tests were complete I struggled due to this issue.

When I learned what I was being diagnosed with grew angry, as over all these years I was constantly accused of being lazy, and more. When I was informed that my focus and memory were in fact due to ADHD I didn’t feel I gained an excuse, I felt as if I struggled alone all these years. I felt that I truly was lazy and unmotivated, I felt I truly was not intelligent.

Many would likely think once I was diagnosed I would likely have it easier, as I truly did as well. I figured since now I have a diagnosis that I would easily pass my courses and acquire all the support I was needed. At this time the general conception with ADHD was it was an excuse, it was an easy way out of being accountable. Once you truly research and understand ADHD you can clearly realize it is not an excuse, it is a struggle.

I grew up constantly being reminded of the cons of having ADHD, so much so it disallowed me an opportunity to truly see the pros. I failed to realize how passionate, loyal, honest, and driven I was towards what I had an interest in. I would often forget anything with regards to my studies in social studies, English, mathematics, and science. However, ask me about comics, professional wrestling, or video games and I could happily endure a conversation. I was very passionate about all of the above, I truly focused on them, and I felt happiest when around them or involved with them.

I never knew how much of a struggle ADHD would become truly until I was in high school and beyond, once I started to acquire concussions I noticed an increase and triggers for the symptoms. I started to grow more and more depressed, in 2006 I suffered my twelfth concussion due to a serious assault. I was hit in the head twice with a shovel, this concussion has been accused of the beginning to my downfall. I had to retire from professional wrestling, a dream of mine since I was only four years old. Doing so resulted in me becoming very depressed, it was not until I informed my best friend I wanted to end my life where I realized just how bad It truly was.

I started to pursue policing within my security career as a goal. I took my security career very seriously, over eight years I dealt with assaults, brawls, arrests, fights, medical emergencies, suffered three concussions, slashed with a knife, tested for AIDS, and so much more. it was a very intense career, I had to retire from it in 2011 after suffering my fifteenth concussion. This concussion was the one where I was finally sent for help, I was sent to a brain injury rehab and stayed in the program for well over seven months.
During the time in the program, I became very depressed and contemplated suicide, this time I actually was in the act of doing it. I was truly considering ending my life that night, and the only reason I did not was I had a vision of my son smiling and laughing. The vision of my son made me realize that I just wanted the pain to stop, and I truly did not want to end my life.

I began to take physio and rehab more seriously, I started an at-home workout program, and I vowed to become the man I knew I could be. I decided to pursue a speaking career, and within months I was speaking to youths, within a matter of one month I spoke to over one thousand youths. From there the passion grew stronger, I started to speak to youths at schools, started to appear on internet radio, and I was becoming someone respected in regards to speaking about my struggles.

I started to pursue acting more, and have since appeared on four television series, I have produced two seasons of a youth empowerment television series, I debuted as an international selling author in February of 2015, I have appeared on over ten internet radio series, I am producing another series for YouTube, and I am constantly writing for blogs, community papers, school papers, and more. I have also befriended a respected psychologist recognized North American wide, and alongside with him, we are speaking professional athletes about concussions.

I was able to overcome my sixteen years of depression, my three battles with suicide, my intense security career, twelve years of being bullied, and so much more due to the power of adaptation. The power of adaptation is the ability to understand your self-worth, and in doing so you garnish the ability to overcome whatever lies ahead, you settle for nothing less than what you deserve, you work hard, you stay driven, you adapt.

As of now, I am an international selling author, youth self-defense, and empowerment coach, actor, public speaker, and concussion and ADHD awareness storyteller. I have vowed to use all of my experiences with the negatives to help create positives and resiliency in others. I vowed to garnish respect and support by first offering it.
You can follow all of my work and announcements here:
Facebook
Twitter
Email: daveboddy86@gmail.com “