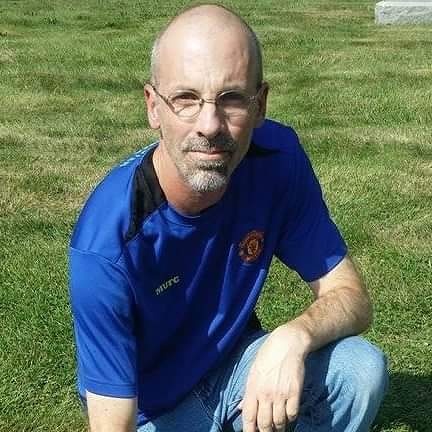 “To tell my story I will take you on a journey over a road laden with hills and valleys….but that’s just what a bipolar deals with, much less a rapid cycler.
I’m a 50-year-old man who copes with bipolar disorder with each and every breath. I’ve attempted to manage this over basically my entire life, with both success and failure.

I’ve been to the brink of death directly because of it at my own hands (overdose), and also have felt such artificial euphoria that has taken me to the highest of highs. I’ve surrendered my medications to the highs, only to scrape and scratch my way back to them to dig out of the cavern called depression. It’s playing not only with fire but with gasoline and a strong gust of wind as well.

Though this paints quite the ugly picture, bipolar can, and has, provided me with opportunities to be a voice for us in the community and beyond. Though bipolar doesn’t solely define me, it has given a badge of honor that I wear proudly. This doesn’t negate the stigmas of mental health…I fall prey to them as well. But by thriving instead of surviving, we can go a long way to change hearts and minds. Mental health is sometimes hindered by its cloak of invisibility…you can see a fracture, but what goes on in the brain often perpetuates a mystery.

So that’s me….the good, the bad, and the ugly….often displayed in a short frame in a myriad of ways. But I’m Bipolar, and I’ve learned that I will be a blessing and a curse to others…and to myself.”