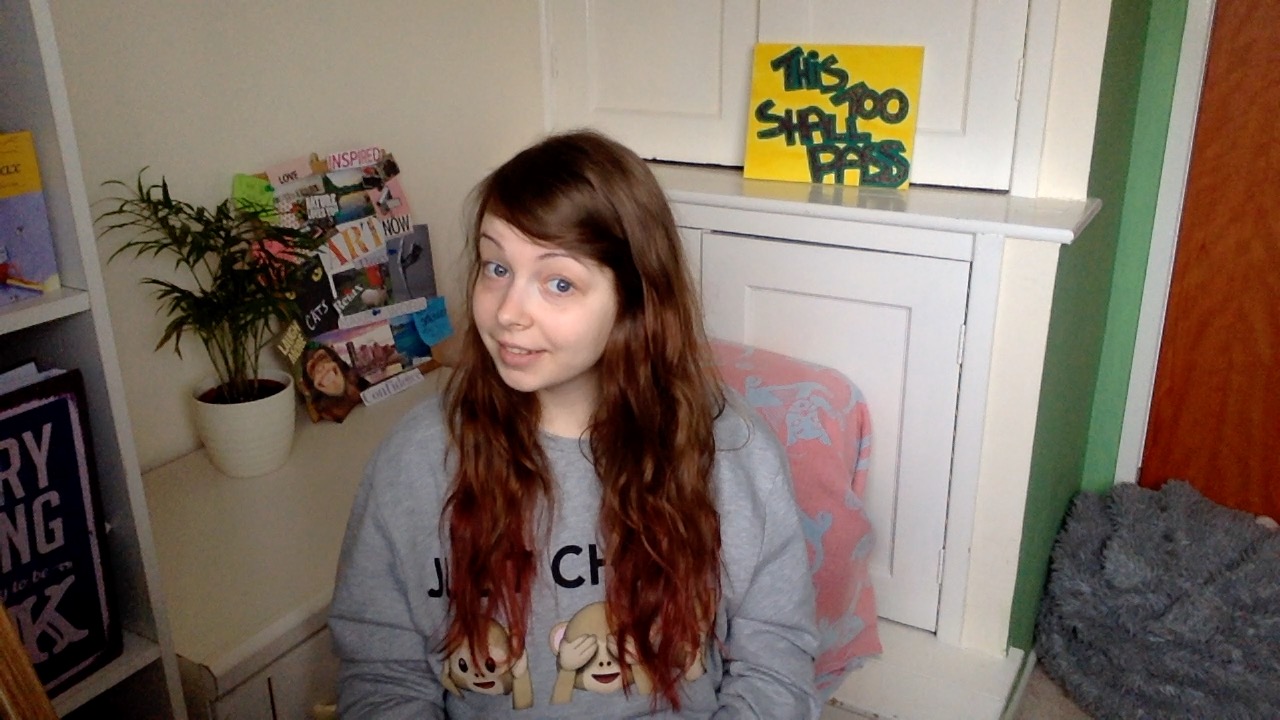 Watching Eurovision just triggers some emotions and feelings inside me.
I remember the day Poland joined EU. After that, I remember watching Eurovision usually with my mum. Hardly ever Poland would actually qualify to the finals but I still liked to watch other countries.

As some of you might know, I’m not actually from England.
I was born in Poland. When I was 12 years old, my parents decided to move to the UK.
I was not ready for that! I hated it the idea so much, I tried everything to be allowed to stay in Poland. I even told my mum to give me up for adoption. But she didn’t.
I already experienced a lot of panic attacks, anxiety, and intrusive thoughts by this age. Which I didn’t really know how to cope with.
I thought we might move for a little bit. I thought of it more as a holiday, I think that’s what really helped me to cope with this move. So at first the newness of everything was sort of exciting. Until the novelty wore off and anxiety was creeping back in.

Did I mention that I couldn’t speak English? Yeah. My mum ‘promised’ me I would go to a Polish school when we were moving. They have them in London.. But we moved to a little village in North West, and there was only one school in my area, and I HAD to it..
I was becoming angrier and frustrated with myself and everything.
As horrible and frustrating not being able to talk or understand English was. I also remember that time as rather calm too, because I lived in my own world, there was no drama, bullying or racism. Which are things I’ve experienced as soon as I started to understand more English.
High school was tough. And for the time being, I always felt like the ‘different’, Polish girl that can’t speak English…
Hate towards myself only grew stronger. I was drinking and smoking to ‘cope’.
I hated being Polish. I hated that people who knew that I am Polish treated me differently. I hated school.
My panic attacks got a lot worse. The only thing that was saving me was guided meditation and my mum (at points of very high panics she would help me, but then use that against me later on)

Eventually, school finished, and I met a lot of knew people who treated me better and being called Polish didn’t feel like an insult anymore.
But that’s also where Kay Ska came from. It’s basically shortening of my name.
Everytime I met someone new and introduced myself with my full name, I would ALWAYS get questions, where you’re from so you can speak Polish, what’s this ….in polish, what’s that.. It was extremely repetitive.
But what was worse when people would just literally stop talking to me after finding out that I’m Polish. They’d ignore me every time they saw me. Or I would get not very nice messages from people online.
It bothered me because I never wanted to come here, it simply wasn’t my decision to come here and it felt not fair to be picked on because of that.

Though I no longer wished I wasn’t Polish. I was sick of people judging me before they knew me.
Eventually, people started to know me more as Kay and no one would ask questions. Unless my accent would slip then maybe then.

Going back to recent years. I’ve still experienced a lot of racism. But I think because of my high school experience it didn’t bother me as much.

However, I recently realised that it’s still something I don’t really talk about.
The other day postman had to spell my surname. And it takes a little tine to do that. He asked me where I’m from, and I got so scared! My mind just went OMG what if he doesn’t like polish people what if this that, and eventually i replied and he was nice, spoke a little about Poland , that he’s been there, that’s its nice, he was lovely.
But it all made me think, even though I don’t experience racism in my daily life anymore, it might be because I am hiding a little, i don’t talk about it at all. But then when someone asks, it still scares me, how they’re going to react.

The thing is I’m not actually ashamed anymore of where I’m from. Poland is a great country, but life there for most isn’t ideal (my parents my sister and me lived in a single bedroom flat, and I mean we only had one bedroom and no living room, with a kitchen/bathroom and a tiny toilet) my parents decided to come here for a better life. I have no idea where we’d be if we’d never came here.

My original plan was to go back to Poland when I was 16 to study there and live with my grandma. Unfortunately depression and panic attacks took over my life and that wasn’t something I even considered at that age.
I probably only been back to Poland about five times since moving here.. I wished it was a lot more but my mental health wasn’t good enough to do it more often. Then over 3 years ago my grandma passed away. & things became even worse. It doesn’t feel like I have anything there to go back to now. But sometimes I miss it so much, and the idea of it. & then all the what ifs creep in, if high school wasn’t that bad, maybe I would’ve gone back to Poland. And maybe I would’ve been able to help my grandma and make things better.
I get a lot of flashbacks from Poland, especially in my dreams. I could go on and on, but sort of shifting from my original point for this post..

Anyway, moving here wasn’t my decision. It wasn’t easy.
But maybe it was meant to be this way.

And my REAL name is Karolina Magdalena Szczypiorska.🙌