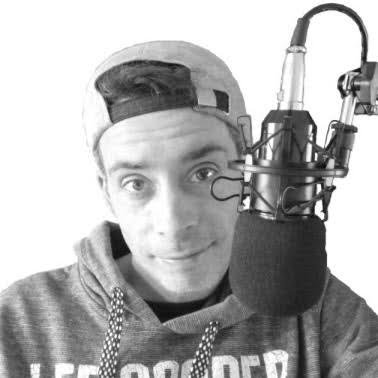 “Depression can be a debilitating disease, I am fully aware that everyone’s depression is different but if you can take a glimmer of hope from this then my experience of depression has served me well.

Back in 2011, my dad was diagnosed with pancreatic cancer, my mum had passed away from a MRSA complication after having a tumor removed in 2003. My dad lived about 200 miles away and was nearer other family. I decided to take time out and care for him.Although my family seemed to be edging closer, as families should, after six months of taking care of my dad, he decided to join my mum. When all the formalities of organizing a funeral was over, so too was the family element. Me and my family drifted apart from all the arguments, some being trivial things.

I started to become confused. When I left six months prior everything seemed to be as in tact as it could be. Coming home after that long things had changed. I was married at the time and the bickering between me and family was taking it’s toll. My concentration started to slip and I would start judging everyone in a negative light. I started to fall out with not just family but friends too. I had lost both parents now, my marriage was on the rocks, family relations had seen better days and I had lost my job.

As the days went by and everything that was familiar to me started to disappear, so too did my purpose in life. I contemplated the idea of ending it as I just didn’t have anymore energy for life. I would sit in silence, not say a word, just wanting to be on my own. Wishing there was a telephone number for heaven so I could call my mum or dad one more time. Pacing around seemed to be a new thing and I got pulled up on it a few times.

Around people is the only time I showed my happy face, even then my smile lied because on the inside I felt nothing. The only motivation I had was to criticize anyone and everything negatively. Sleep seemed to be a temporary cure, an escape from the world, to shut off my brain. Overthinking and heightened anxiety over the silliest of things would stir my mind for hours.

Eventually the marriage dissolved, like sand in an egg timer, until the last drop fell. I moved out and got a place of my own. Delusion of thinking I could push forward by myself crept in as I thought everyone else was holding me back. As the nights came and went, the over active mind set in and I couldn’t concentrate at all. Affecting my day from dawn to dusk, the progressive momentum of depression had me. Sleep became a new ordeal, sometimes only sleeping 2hrs at a time and feeling tired the rest of the day. Wanting to sleep was a no go, I couldn’t turn the voices off.

Anger at the whole situation, how could everyone treat me this way, discarded into my own abyss. Friends and family were no where in sight, I couldn’t have dealt with them anyway. Looking for help from professionals gave me no satisfaction. I smoked more and started drinking to find the escape from my own mind, to be honest it didn’t really help, in fact it made me feel worse, as if emphasizing my emotions. By now sleep was the only thing I did, hours at a time, how lovely. I didn’t have to deal with anything to do with life. I knew life was passing me by and that I was starting to slip away from it. Again I contemplated the coward’s way out, looking back it would take someone with alot of courage to take their own life. I scoured the internet looking for the light in my dark tunnel.

Coming across something called guided meditation on youtube after watching hours of tony robbins and les brown I decided to give it a go. The first was used at bedtime, a guided meditation for sleep by jason stephenson. By the time I closed my eyes in the darkness of the night, the light of the morning greeted me with a feeling a refreshed night’s sleep. For the first time in a long time I had slept a proper deep sleep. I felt awake and my batteries has been recharged. Thinking this was a fluke, I tried again and again. With the same results, I started to gain my strength back and also started to meditate.

Moving on from sleep meditations, I tried The Honest Guys letting go and depression videos on youtube. I started to look inside myself as a person, I started to see who I really was and perspective started taking shape. I looked upon my depression as a sign of my mind that something needed to change. It was a whole year before I gained my strength back and now have a different view on myself and the world around me.

Having been through those dark days of depression and experienced it first hand, I would never go back. The struggle to defeat depression and climb out of its tight grasp took all my energy but I took it back and will never let it catch me again.

Throughout the battle, s time went by, those negative thoughts would make their prescence felt every now and then but as soon as I was aware of them I pushed them back. Every time the feelings appeared, depressions strength became weaker. That’s how I defeated depression.

I now have my own youtube channel to help others.
Keep your head held high and have patience with yourself”