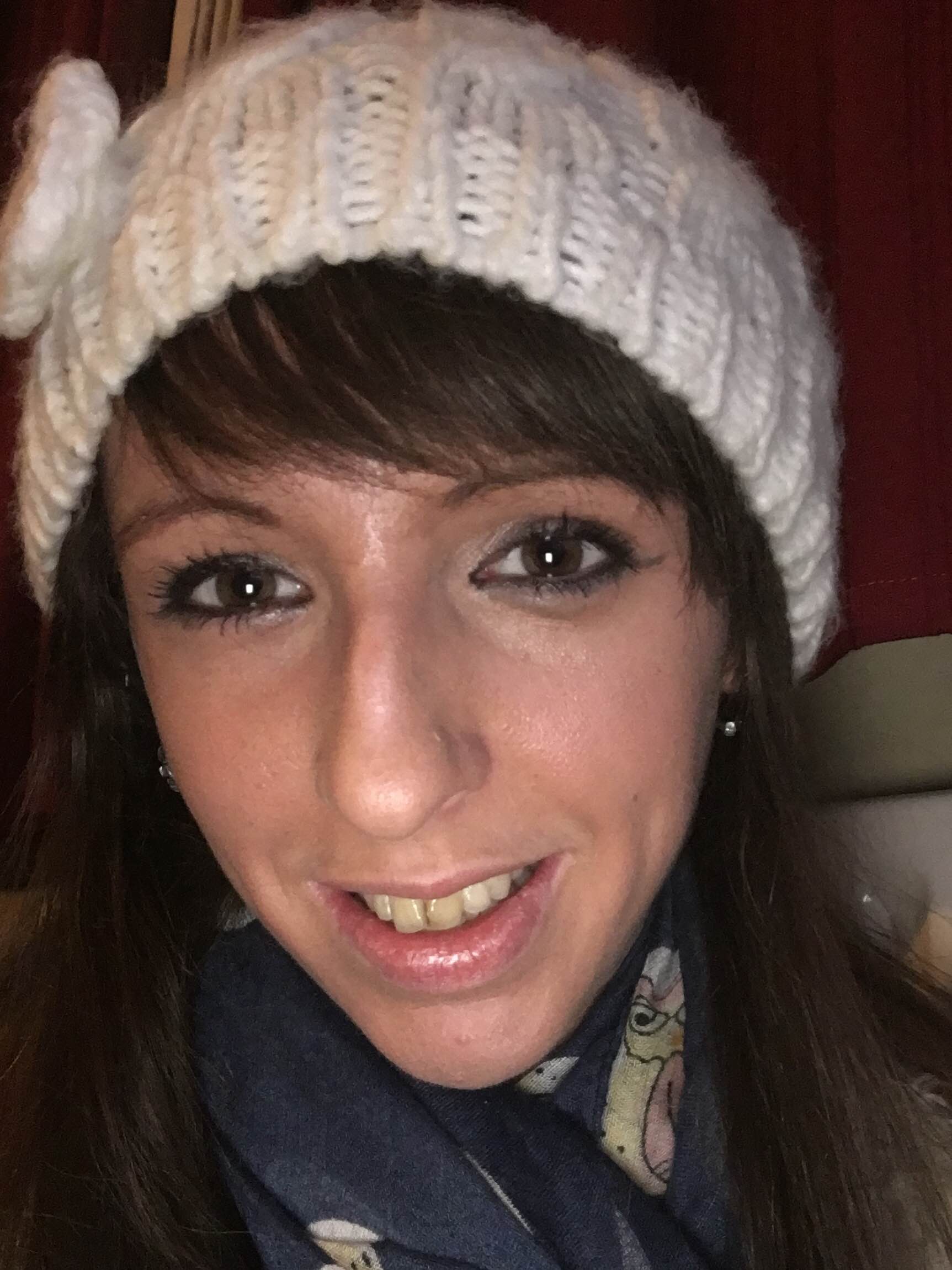 “I suffer from Bipolar Affective Disorder, traits of Emotionally Unstable Personality Disorder (EUPD) and Poly-Substance Abuse. Furthermore, I have endured a lot of trauma in my life alongside my illness.

I will start from the beginning. When I was three years old my father passed away on honeymoon in a skiing accident. I attended a child psychologist when in primary school and was thought to have ADHD, but my family declined psychiatric medication, so I went untreated until I had a breakdown at age 24. I had my first overdose at 18 years old, and at this time I was still untreated for any psychiatric condition.

When I was aged 20 and 21 I had two children with my ex-fiancé who are now aged 6 and 7. I suffered severe anxiety, panic attacks, and depression after having both my children. This also went untreated. At age 23 (most likely when I was manic) I taught myself three A-Levels (as I did not finish these in school) to get into university to study Law, during which I achieved first class honours in what I had done to my degree. At age 24 when I was due to get married, I had a break down which destroyed my marriage (a relationship I had been in for 7 years) to be and I had to take time out of my law degree. I suffered severe depression and an undiagnosed psychotic episode after a long period of having suffered undiagnosed mania. The depression was so severe that I sought help from my doctor who put me on an anti-depressant. Shortly after this I was hospitalised in an acute psychiatric ward presenting as hypo-manic, and was taken off my anti-depressant and was put on a mood stabiliser named Depakote. This was my first hospitalisation lasting 3 months which led to an initial diagnosis of cyclothymia, traits of EUPD and Poly-Substance Abuse. I had 9 subsequent hospitalisations over the next 2 years. After three of the hospitalisations, I presented as having a mixed episode with psychosis and was re-diagnosed from having cyclothymia to Bipolar Affective Disorder.

My partner who I met after my break up with my ex-fiance, who had schizophrenia, passed away from cancer aged 25. I had nursed him at home alone until he went into palliative care provided by Marie Curie. It was extremely difficult to cope with a mental illness and watch someone you love die especially for him to die so young. Following his death, unsurprisingly, I had another relapse and had one of my worst mixed psychotic episodes ever.

Hypomania or mania is an extreme high of mood. It can be great when I’m manic as I always have lots of energy and am able to do a lot of tasks. It can make me extremely hyper and energetic and feel euphoric. I used to change around bedrooms in the middle of the night as I did not need much sleep, I would walk the dog in the middle of the night, I would be continually doing arts and crafts, I would spend a lot of money and I would take off on holidays on my own at a minutes notice. But mania is not always as great as the high would suggest.

I always would end up in a lot of debt from overspending. And then comes the restlessness, agitation, and anger. In this state of mind, it is easy to lose friends and hurt the ones you love, although you don’t mean to. During two of my holidays in which I took off at a minute’s notice; first to Amsterdam where I was arrested on the first night there due to my manic state; then to Majorca: I overdosed on the second night and ended up in hospital the night before flying home on a diazepam drip to try calm me down. During another manic episode, I was arrested after putting up a struggle while refusing to get into the ambulance as I did not realise I was unwell. I had completely destroyed my whole house and swallowed a lot of tablets. I spent a short period of time in police custody until I was seen by a doctor and transferred to a hospital again. It becomes difficult when the racing thoughts become too fast inside my head; I get confused, my concentration disappears, my memory starts to go and I find it difficult to hold a conversation or remember what I am talking about. This can lead to psychosis.

Severe depression is one of the worst feelings in the world. Depression is not sadness over something going on in life, it is about nothing in particular and is far more serious than sadness. It is worse than any physical pain that anyone could have as the brain controls everything. The euphoria has gone, any motivation even to do basic things like getting washed or dressed disappears and my appetite decreases hugely. The pain is so unboreable that death seems the easier option. During depression is when I attempted most of my suicide attempts through overdosing, and during a depression is when I self-harmed by cutting my arms and legs. I write poetry and the best way I can explain depression is the first poem I ever wrote when I was in the hospital:

The Darkness in my Soul
I cannot sleep; I am unable to wake,
A tortured soul: fragile as a snowflake.
Where am I? I am so lost.
Persisting a life with mental illness has such an agonising cost.
It is impossible to run, and futile to hide,
From this desolate misery, that’s buried deep inside.

No desired impetus, concentration, remembrance or hope.
Unable to do anything, I just cannot cope.
I cry all day long, pace in darkness to gaze at the stars,
And just like me, they are in darkness and so far.
I miss my passion for life, feeling so inept and helpless.
I feel like I am failing a broken and chaotic mess.

Angered and disillusioned towards my very self,
Self-loathing at what I can’t control: I know that I need help.
The thoughts in my head simply continue to race,
Too fast to be fathomable, therefore impossible keeping up with their pace.
These thoughts are so accelerated they have completely disappeared.
I just want less confusion, and for things simply to be clear.

This suffering stretches as far as to physically hurt me deep inside.
I just want to die: please take me off this rollercoaster ride.
The pain is so unbearable that I want to end it all,
Because depression is a slippery slope into which I always fall.
The monsters to be fought, are not found under my bed;
They dwell within me. I feel I am already dead.

My body is exhausted, yet my head will not rest.
I struggle every minute and I try my very best
I battle every single moment of every single day,
And to the Lord every night, I still thankfully pray.

I miss the euphoria, self-destructive as it may be.
Delusional ignorant bliss is peace, as without insight I cannot see.
I miss the creativity in which I can rule the world,
However, now all I do is lie in bed covered up and curled.

I do not want pity, stigma, unfathomability or fear.
All I ask is for this depression to completely disappear.
Do not underestimate my strength buried deep.
I am not beaten, no matter how much I may weep.
I know that there is light, and I will become myself again,
For I am not crazy, yet nor am I sane.
I am not my mental illness, I have feelings too,
So remember love and compassion, as I’m human just like you.

I have been psychotic 3 times. I have heard voices and seen things that have scared me that were not real. For example, I have seen swarms of rats around my bed, I have seen things move, doors slam in my face, the devil’s eyes in a friend, my bedroom curtains on fire etc. and have heard voices telling me horrible things. For me, it was never the same voice each time it happened and there could be more than one voice. Worst of all were my delusions and detachment from reality. I was arrested under the mental health act when the police found me in a storm looking for a priest for an exorcism. This lead to another hospitalisation. I believed that I should have died at birth as one of God’s angels, however, I lived to serve God as a prophet and that I was being followed around by a demon. I believed that I was precious to God leaving me vulnerable to the Devil. My dreams were so vivid they became memories and I thought I was able to astrally project to the realms of 1. The parallel universe 2. Purgatory 3. Hell 4. Heaven. I believed I was travelling between realms to help others in service of God. It sounds crazy but I really believed all of this to be true.

I am on new medication now including a mood stabiliser, an antipsychotic, sleeping tablets, diazepam, and procyanidins. I take nine psychiatric drugs a day and get a monthly antipsychotic injection. The medication really helped me get back on track from a bad couple of years suffering from bipolar disorder. Things get better, in the end, no matter what you have been through and you come out stronger than you were before. My family has been great in helping me through everything which I thank them for.”