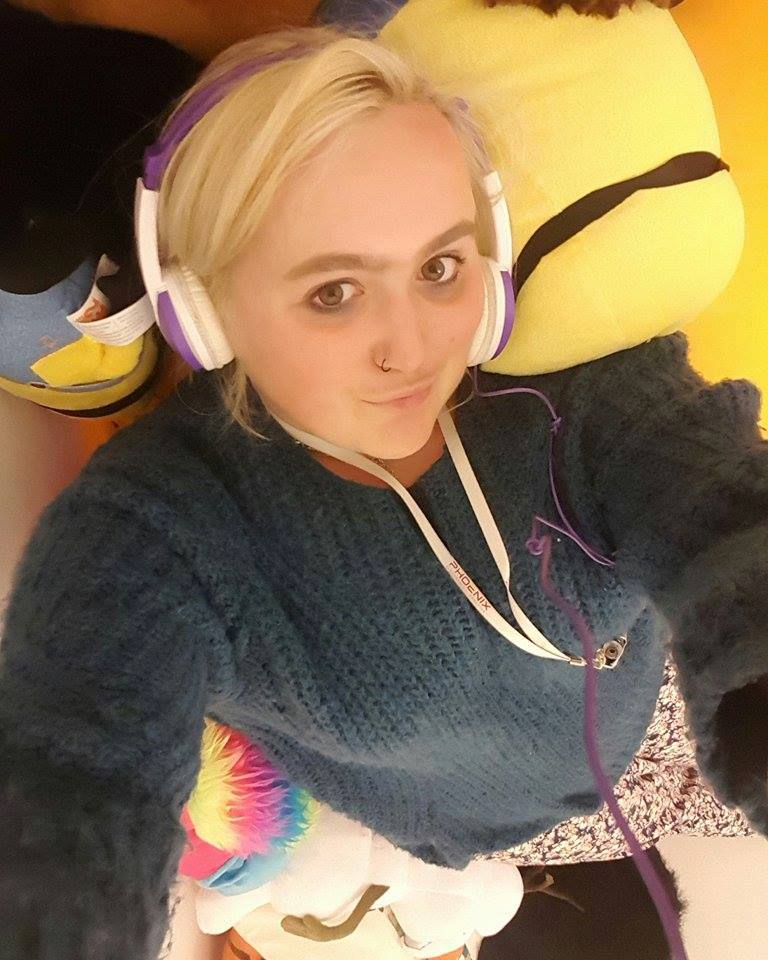 “I was badly bullied at school from about the age of 6, picked on and teased for little things. When I was 8 my beloved Grandad died alongside my parents divorcing which followed my dad developing depression.

I developed an eating disorder at 9, then soon after self-harming which led to multiple suicide attempts and more severe self-harm.
I was diagnosed with anorexia and depression at 15.

Since then I’ve been hospitalised 6 times and in the very short spaces of time between the admissions spending most in a general hospital. I have been diagnosed with Borderline Personality Disorder nearly 2 years ago. I’ve been in treatment for my BPD since March 2015 as an inpatient but am now transitioning to day patient to have therapy. I have a discharge meeting on Friday. I have now moved into my own flat which has support.

In December I should start volunteering at a Hospice. My ambition since a young age has been to do medicine and I’m applying for college next year. I can have good days, bad days, as well as good and bad moments but my illnesses, do not define me.

I’ve often been told I look like a normal girl and I am but I struggle at times. I enjoy my spending time with my friends and having a laugh. Mental health is nothing to stigmatise, just because you have a mental health diagnosis doesn’t mean you’re not who you are. I also live with nerve damage and chronic pain from a fall at 13 which can make it tougher but life is worth living, I’ve learned that and that’s what I’m going to do!

To anyone out there who is struggling, please get help as you deserve it and remember it’s nothing to be ashamed of as it despite taking time, it helps! I wouldn’t be here to write this today if I hadn’t!”