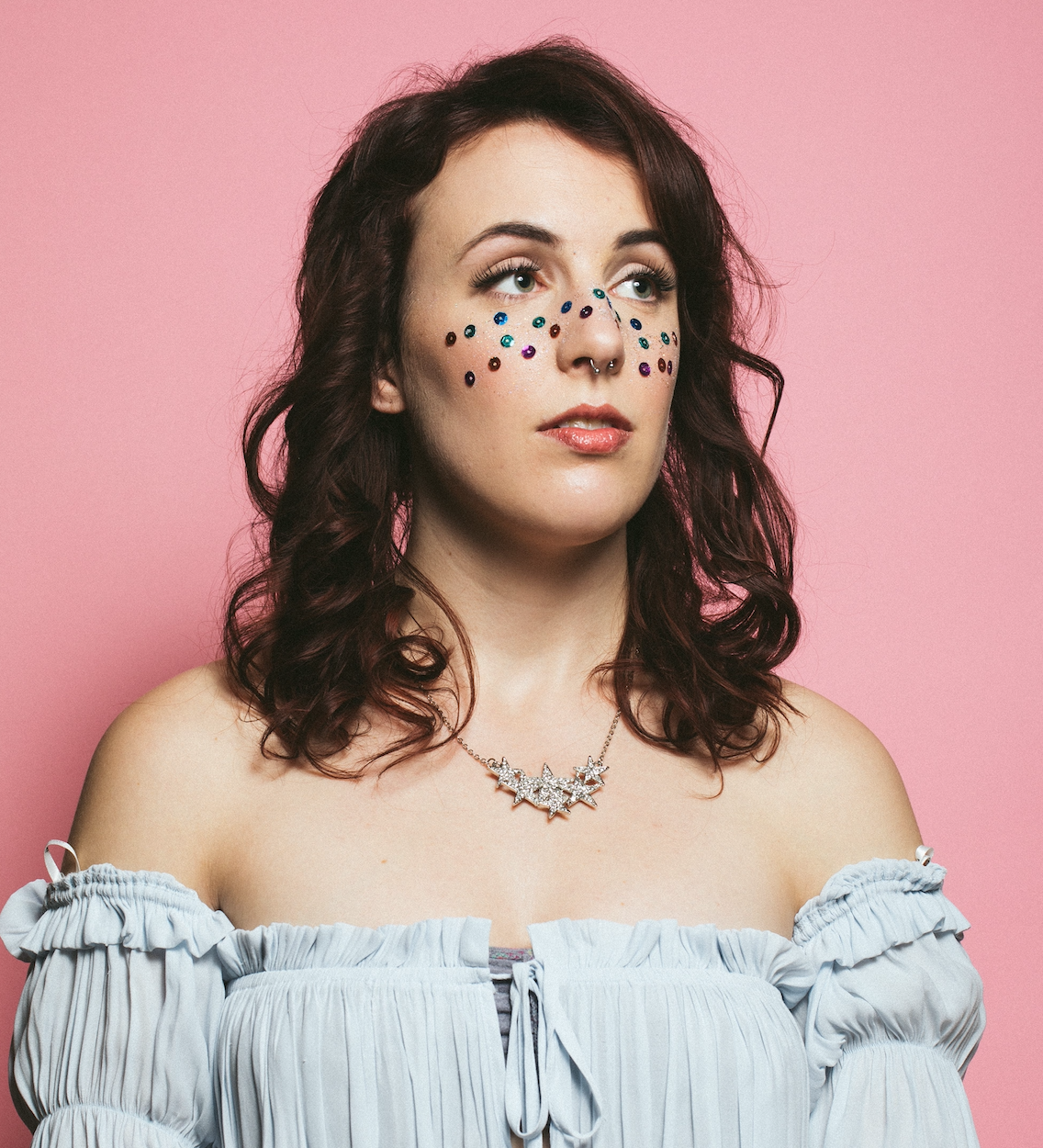 “I’ve had anxiety, panic attacks and insomnia for as long as I can remember. I come from a family with mental illness on both sides, and I grew up watching grown-ups struggle, panic, and lose control, so I thought my experiences were just part of the course.
I’ve also wanted to be a writer for as long as I can remember, even though I was told many times as a child that “poet” isn’t a real job. When I was sixteen, I started writing songs and posting them online. I went from being the girl who never said anything to anyone to be the girl with wacky clothes and a ukulele… the poor man’s Zooey Deschanel. My songs were cute, my outfits were cute, and my lyrics were about boys and kittens and Harry Potter. People really liked it and for the first time, I felt good about myself.
But during my late teens and early twenties, my life started spiralling out of control. I was diagnosed with Bipolar Disorder at 19, 21, and at 23, but I refused to accept I was “crazy.” I had gone from being a good student and a seemingly happy-go-lucky singer-songwriter to a university drop-out with suicidal thoughts and uncontrollable mood swings. I felt so ashamed of what was happening to me. I finally accepted treatment when found myself in the hospital on boxing day in 2013.
This is when I started writing honest songs about my mental illness as a way to cope with what I could barely understand. I released these songs online and got an entirely different reaction than what I was used to. People thanked me. They said they could see the light at the end of the tunnel after hearing my words. This gave me a reason to keep going.
Today, I have just released my first full-length album called “When I Get Better” all about my experiences with Bipolar Disorder and treatment, along with a zine called “It’s Okay… a handbook for human beings” inspired by radical acceptance. I now perform with Reach Out Psychosis, a travelling music show that educates high school students across British Colombia on psychosis and early intervention.
I have learned to cope with my disorders by a) taking psychiatric medication, b) writing songs and helping others understand mental illness, and c) fun exercise like pole dancing, aerial arts, tap dancing and more. I also have found a therapist who really understands me, and I am starting a year-long DBT program this fall. This journey was not easy, but I am so happy that I’m now able to make my living playing music and helping young people get help before it’s too late. My blog/music/zine can be found here, and my music is anywhere you can stream or download songs. Twitter  , Facebook  , Instagram “

Check out our October advertisers for some great content: Stuart , Come2Life

And two upcoming events in November, in Birmingham, UK: Futurize- Future of Learning and AddVentureMind Weekend – Stand up to Mental Health Stigma.