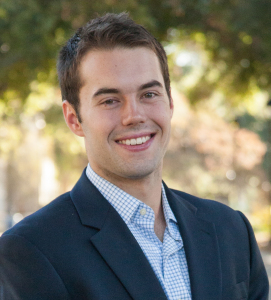 “When looking at my life from the outside, it seems like everything is great. I come from a nice family of five kids, played quarterback from childhood through my senior year in college, have been in a loving relationship for almost five years, and went to one of the top-rated liberal arts colleges.

The reality: I have secretly battled mental illness throughout my life, completely derailing my well-being at times.

As an elementary school student, I remember having strings of terrifying dreams, which caused me to fear falling asleep on a nightly basis. Shortly after, in middle school until my freshman year in high school, I remember getting bullied daily… I was the short, quiet, chubby kid, which led to major depression and anxiety.

While in college, I developed extreme Obsessive Compulsive Disorder, a disease characterized by terrifying fears that play ‘on repeat’ inside one’s head and create crippling anxiety. I went from the starting quarterback of my university to a ‘college dropout’ in less than 6 months, due to the anxiety OCD brought me. At one point, OCD pinned me so far down that I felt the need to make a decision – either ‘give up and end it all’ or ‘make a serious change’. I chose the latter, and it was by far the best decision I have ever made.

My first step toward making significant change involved seeking psychiatric help; however, I quickly learned that OCD treatment was 1) expensive, 2) scarce, and 3) lonely, immediately creating roadblocks. For example, it took me personally five tries to find a clinician who knew enough about OCD to supply effective treatment, even though OCD affects 2.5% of the global population and is rated a top ten most disabling condition by the World Health Organization. My negative experience supports industry statistics, since less than 10% of people with OCD are able to find effective treatment. At times, it was comforting knowing that I was not alone, but seeing the lack of support for millions of people around the world experiencing the exact same issue as me was extremely unsettling. This lack of resources for those affected by OCD inspired me to create nOCD.

This passion has motivated me to learn everything needed to run a healthcare technology company, partner with equally passionate people, and recover from nearly devastating entrepreneurial mistakes. As a result of our passion, my team and I have grown nOCD to become the largest OCD community in the world with over 80,000 people involved.

Although my journey with mental illness has offered me a fair share of challenges, it has undoubtedly been responsible for my transformation as a leader and problem solver.

Therefore, to all of you struggling, I recommend that you ask yourselves, ‘How can I turn my pain into positivity?’ The first part of the mental health journey is composed with struggles, giving each of you an opportunity to make the rest of the journey a happy one.

Positivity is key for battling against mental illness, and it’s always important to keep in mind that other people in this world are going through the same battles as you are.”

Check out our February advertisers for some great content: Stuart , Matt and Healo app