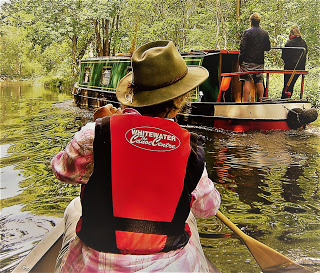 “I’d finished a three year illustration course in London when I became pregnant. I’d been fine before that.

No I hadn’t. I’d been moody, prone to tears and feeling ‘odd’ over major changes. Engagement, marriage, moving house. We accepted that that was the way I was and shrugged shoulders. I’d travelled before I met my husband, done a Foundation Art Course, and had had interesting jobs – working at Kew Gardens and various art jobs. The full depression and anxiety, however, didn’t arise until my pregnancies.

I became pregnant with my first child, Samantha, and ante-natal depression snuffled up and messed with my head. We were on holiday and a grey cloud snuck up on me while my husband and I were walking beside the river. We returned to the house, I threw up and felt better, physically and mentally. I don’t remember being depressed from then on. I just remember feeling okay. The moment after Sam’s birth – the moment she was placed in a cot at my side – that black cloud materialised and plunged me into a gaping hole. I put it down to me being ‘arty’. ‘Over sensitive’. I’d get over it.
My parents arrived. I bunged a smile on and all effort was spent on being cheerful. Emotion wasn’t encouraged. I was always teased over my emotions; ‘Just like your Aunt Betty. She’s never happier than when she’s worrying.’
If Betty had had the opportunity for the fix I finally had thirty years later, I bet she would have grabbed it with both nicotine-stained mitts.
Depression stayed put. I hated young parenthood. Adored my kids, hated looking after them! A year later, Post Natal Depression was diagnosed and I was prescribed an antidepressant, Prothiaden, that helped tremendously, and got me through the next twenty years, including anti-natal depression with my son, and the years after, when I became even more severely depressed. Then Prothiaden wore off, and I was prescribed Velafaxine, which also helped my anxiety. That wore off seven years later.
A variety of medications later, five years ago, my psychiatrist prescribed Prozac then buggered off for his holidays. That’s when I became suicidal and was introduced to the brilliant mental health team who saved my life by prescribing ‘California Rocket Fuel’ – the medication combination of Venlafaxine and Mirtazapine, which brought me almost to where I am now – and a course of Cognitive Behavioural Therapy, which challenges negative and distorted thoughts (in my case garnered over thirty years) and rips them apart.
Today, five years later, I’m better and happier than I’ve ever been. I know my parents and siblings played a huge part in the non-support of my depression and anxieties. They didn’t help. They exacerbated it. My parents died within days of one another three years ago, and I’ve never felt freer, and able to be myself. The person who was trodden down all those years ago, unwittingly, probably, was free!
The crux of this matter. I’ve always maintained that, even had I been mentally well, I would have been bored silly by the process of bringing up young kids (you can’t tell until the time comes). You have kids, you bring ’em up the best you can. I had travelled the globe a bit, been to art school, had various jobs, got heavily into my wild west hobby, and started to write not only published anecdotes but my epic novel. The last thing I wanted was to be at home with two young kids. But I did what I had to do and when they reached secondary school age I said: ‘You’re on your own now. I’m here if you need me.’
Not entirely true, but if you get my drift, it was fab that they were no longer small children whom you couldn’t leave alone in the house while you bogged off for a coffee when you’d had it up to your earholes. Also they were becoming more interesting. Particularly when it came to conversation, their views and Sam’s clothes! And Sam was an inspiration to me as far as one’s appearance went.
When my son, Tom reached eighteen. I said: ‘No more nannying!(not that I’d done that much, anyway…). You’re on your own now. Good luck!’
Again, not quite that drastic. But I love their independence! Tom’s search for adventure inspires me endlessly with rides on the back of his Harley and listening to his heavy metal guitar playing. Fab! We three – Husband, me and Tom – are ten-year-old schoolboys having fun.
Me, domesticity and motherhood didn’t quite crack it. I did/do what one has to do and that’s it. Adventure is for me. Offbeat and otherwise. Creativity, travel, writing, the wild west, canoeing, archery, digital photography, architecture, social history, archaeology, beachcombing, paranormal, flying…  makes one’s head spin. Being a renaissance soul/ scanner/polymath (which has nothing to do with maths) is fab, but domestics and motherhood doesn’t half put a damper on it. But I’m now out the other side, mended in the head department, and making up for lost time .
People who suffer from depression might benefit from a taste of adventure or madness! A balloon flight, being a nude model for a life drawing class, going skinny dipping, learning to pilot a small plane (I did a few hours years ago) or whatever else one can think of. Because – honestly – sometimes depression can plant its nasty grip on a person who feels stuck in a situation that doesn’t suit them. So – bugger cleaning the loo when you’re feeling like that, unless you’re the kind who has to finish the chores before you can go ice skating, or ghost hunting…whatever! Something a bit barmy. Or start that novel, or take up judo. Whatever rings your bell, floats your boat, lights your candle. You never know where it might take you. Your depression won’t necessarily be cured, but it may be alleviated, if only for a few hours.
So go for it!”
You can follow Jo’s journey on her homepage.

Check out our April advertisers for some great content: Stuart , Come2Life