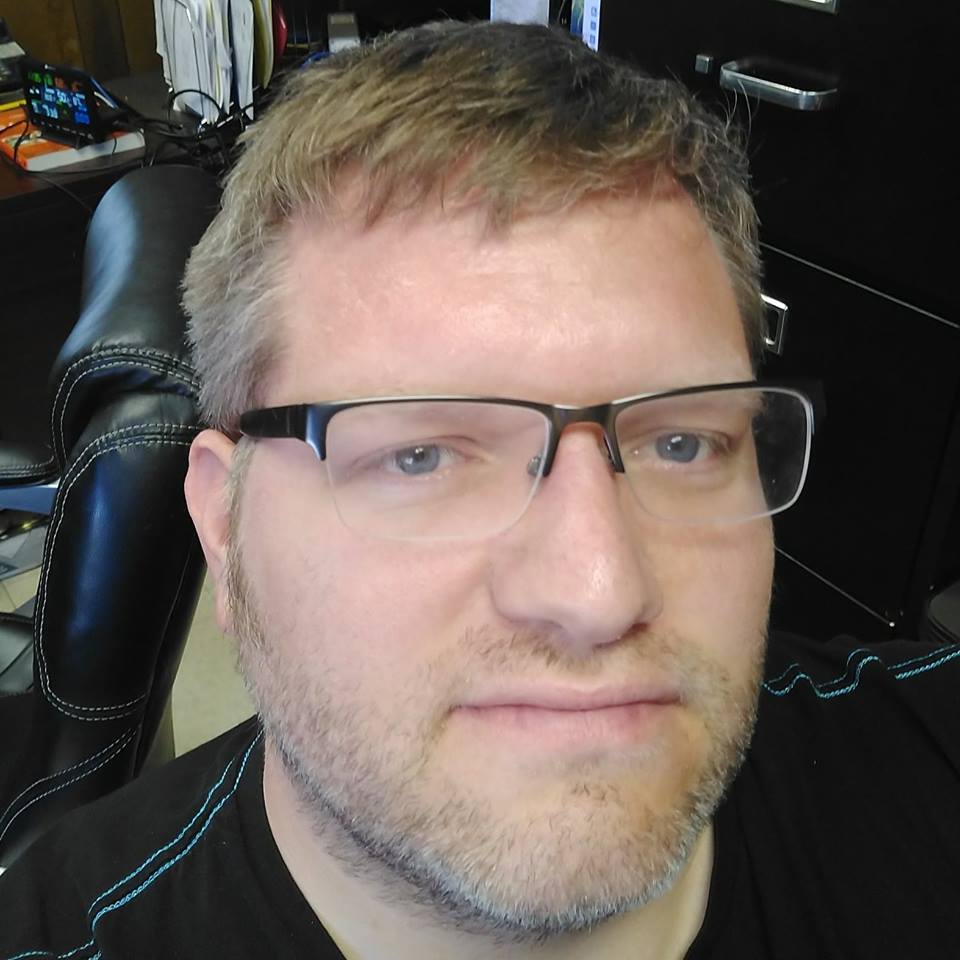 “I was raised in the suburbs of Washington D.C. in Northern Virginia. Having fun was what I cared about, I didn’t worry much.  Years went by, I got older and at the beginning of the school year in 1995 my family moved to Portland Oregon.  Fast forward to 2003.  I didn’t know what a mental health crisis was until my senior year of high school. It was the beginning of February it was going to snow and I was about to have a mental breakdown. I had recently visited Virginia Tech, a school I had applied to, with friends from my high school. My hopes were high that I would be accepted that year. As I pondered college plans, I decided that I was tired of being anxious and unhappy. There had to be something else besides alcohol that let me relax and have a good time. Maybe if I read books, I thought to myself.  Eventually I was reading more often and I started to feel better. I didn’t drag my feet, optimism returned to the experience of living, things were looking up. The next day I felt better, and better still the next day, I started sleeping less but didn’t become tired. This was the beginning of the breakdown.

Everything was easy, I felt wonderful. It was now snowing, I walked into the store and not one single person was present. At 7 pm on this snowy evening I walked out of the grocery store with two cases of beer. Nobody saw me and to this day I have no answer as to why not even an employee was in the store. The beer went in the car and the car headed to a friend’s house. That evening I got drunk and hung out with a friend. I felt good, better and better. My thoughts became increasingly irrational. I believed that I had found heaven and that reality was simply a projection of my mind. All I had to do was figure out the obstacles in my reality that I put there to keep myself from getting too bored. I was in full blown mania for the first time in my life.

I spent the night there at my friend’s house, and I continued to drink.  I arrived at a local dealership, walked into the shop and drove off in a large red Dodge pickup truck.  This vehicle was not my own.  It belonged to a man who dropped it off for service.  The police were notified.  I would have the truck for another 3 days.  During those three days my mental state was euphoria.  There was lots of drinking, I never returned home during that time.  I was resting, lying down on a bed when I heard a loud noise.  The police entered the room, guns drawn, and arrested me.  I was transported to jail.

Eventually I would graduate high school, and my parents took me out to a nice restaurant.  I wouldn’t be going to beach week with my friends.  Life as I knew it had changed.  I pondered my future but all I wanted to do was give up.  I had my day in court that year.  The case was dismissed, I would not serve any time for stealing that large red Dodge pickup from the dealership.  I was thankful to my lawyer.  He took me out to lunch and to this day I am thankful to him for helping get me out of that narrow miss.  I was accepted at Virginia Tech and I was looking forward to writing a new chapter in my life.  However, I would begin my college career with very poor decision making.

College was a short few weeks.  I was thrown in the drunk tank for a night.  After that I really didn’t have the capacity to finish the semester.  I dropped out of college.  I went back home to McLean Virginia.  A few weeks later I was hospitalized for a suicide attempt.
I got a job at the local Blockbuster and periodically had to be hospitalized for mania once or twice a year.  I often thought of suicide during this time.

I  couldn’t sleep one night. I got up out of bed and went to the pharmacy and bought sleeping pills. I drove to a park and walked deep into the woods sat by the riverside. In the dark with only moonlight I waited to die. I got really scared within 5 minutes. I opened my phone and called my girlfriend to pick me up and I told her what I had done. I walked swiftly and saw the headlights on her car. Just about then the horizon turned from horizontal to vertical. I just barely made it into her car. I woke up in the hospital, the doctor had me squeeze his hand. He told me I was lucky to be alive.

Now my bipolar instability showed up less and I have become a more stable individual.  I was invited to a church in San Marcos California by a friend.  I was nervous to attend because I was afraid of what I thought it meant to be a church goer.  My spiritual life is now a foundation to all good that happens in my life.  I wouldn’t trade it for anything.  Today it is a constant adjustment to unblock that which is a hindrance to spiritual progress.  Mostly I have to let go of what it is I am focusing on, unneeded attention on that which isn’t useful.  Getting rid of what I am so attached to, the things, ideas, or people which I have made too important.  What I receive instead of those hindrances is the freedom to be moved, to help others, and to grow along spiritual lines.”

You can follow Jonathan’s healing journey on his homepage.

Check out our May advertisers for some great content: Stuart , Deryl