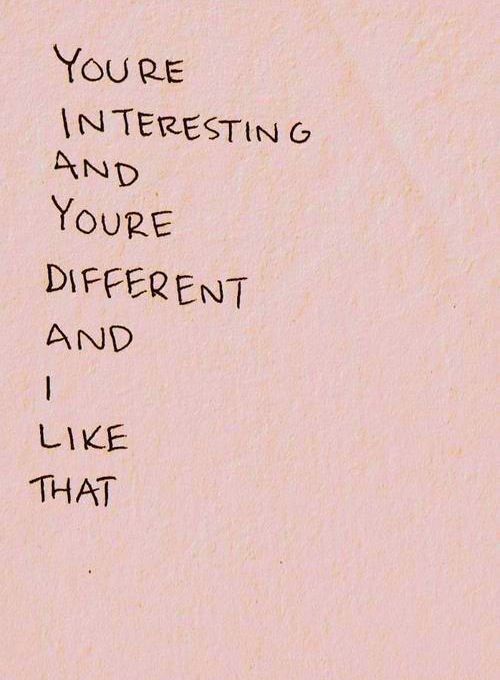 “Dating is scary. For everyone. You meet a new person, you try to leave a good impression, all while figuring out if the person opposite you is a sociopath or, potentially- the love of your life. Add a little sprinkle of anxiety or a traumatic experience in the past and you got yourself a recipe for catastrophe.

I was a late-bloomer, I first started dating at the age of 19, didn’t fall in love until I was 21 – when I started dating, I thought, ‘oh, this is going to be so much fun!’ and I pictured myself, living it up Sex and the City style with gorgeous men taking me out for cocktails in fancy bars. Oh boy, was I wrong. The dates I went on usually consisted of broke university students furrowing their brows at the very thought of paying for my beer in run-down pubs, which I usually arrived to very over-dressed and after the second drink, some men begrudgingly bought me, they usually asked if we could go back to my place, so I could return the favour. Back then, I had no idea that I had any sort of mental health issue – only years later I’d be diagnosed with anxiety and PTSD and, retrospectively, things started to make sense.

I did things I immediately regretted, I was used, led on, pressured into doing things I didn’t feel comfortable with and once even drugged. I let people (but mostly men) use me – I didn’t even know I was doing it, neither that they were doing it – my anxiety was telling me that I had to do whatever it took to make the guys I liked, like me back. And men, being men (side note: no, not all men, but still!) took advantage of a scared, broken girl, trying to please everyone she met. I related to basically any Lana del Rey song ever (cue ‘In the land of Gods and monsters I was an angel living in the garden of evil. Screwed up, scared, doing anything that I needed.’) I still relate to Lana a lot – not going to lie (cue ‘I’m the bolt, the lightning, the thunder. The kinda girl who’s gonna make you wonder, who you are and who you’ve been‘ – weirdly enough I seem to have that effect on people) – but now I don’t feel like I’m starring in her songs. I’ve changed a lot – I recovered, I grew up, I learned what is right and what is wrong and I learned that I have boundaries.

So fast forward, I’m now 27 and writing this blog post – why? And what happened in between and what inspired me to write this now? Well, up to this day, I’ve never been in a healthy, grown-up relationship (which, obviously, is totally fine if that’s what you choose to do – I didn’t – I wanted nothing more than to be in a relationship until about 2 years ago).

What happened? The men I used to do everything for, all eventually ended up being in serious relationships (not with me, might I add – I was more of a side-chick kind of person, the best friend, the girl you always had a great time with) and I had to realise, it was time to move on (which was ridiculously hard, but more on that later on) and then, one monumentally messy break-up (messy for me – he didn’t really care too much, but it literally almost killed me) and I finally saw a pattern emerging.

So why did it never work out? I know now that, back then, up until about two years ago, I didn’t really have a lot of self-worth, when it came to men. I grew up with a mentally ill father, who committed suicide when I was 10, so I never really had a father-figure and while I was working in quite a competitive field and was very self-aware and confident, maybe even slightly bossy, when it came to proving my self-worth at work or with friends or in other social settings, I never felt good enough for any of the guys I was into. I covered it up quite well, I have a bubbly personality, I’m outgoing, flirty – when I finally came forward about my mental health struggles a while back, most people said they never would have imagined, that I, of all people, was struggling so much.

The years passed, I did two years of therapy, a lot of soul-searching and self-reflecting, turned my life around completely, got a dog, moved country and I’m working towards a degree – I feel like I’ve got it all together and so I decided to put myself back out there. And compared to what it used to be like – believe me – it’s so different. But it’s still scary – maybe it’s even scarier now, because my priorities have changed and I know myself so well now that I immediately realise when I fall back into unhealthy thinking. But what exactly is this unhealthy behaviour and why – if I consider myself recovered for the most part – does it come back now? I don’t know why – maybe, because in therapy I never really thought about it too much, because I was so occupied with myself, healing and figuring out who I am and who I want to be, that I never once within the past 2.5 years wasted a thought on dating. Literally. I wasn’t interested in anyone, except myself – sound selfish? No, it isn’t – it’s healthy. So, I didn’t date, wasn’t interested in anyone, except a woman I liked, she seemed to like me back, we kissed once and I realised I wasn’t really ready for any kind of commitment and we stayed friends. I felt sad for about half a day. That was it – that’s how much (how little) I worried about dating.

Before that, I was the picture-perfect example of an anxious person dating – I got attached too much too quickly, I got possessive, obsessive and spent most of my time questioning if he really liked me, over-analysed every word in every text, the use of emojis and constantly kept replaying all our conversations in my head, beating myself up about what I could have said differently. I was constantly scared that he would leave me, that I wasn’t good enough, that I never would be and – above all – I wanted this person (and I don’t even mean a specific person as I’m writing this) to save me. I thought only someone else’s love could save me from the darkness that was my past. And obviously, that’s quite the task for the other person, but it’s also ridiculously dangerous, because I put my happiness and wellbeing into someone else’s hands.

Now that I’m dating again, I know what I want, I know what I need, but above all, I know that I have to remain my number one priority. I’m not going to change for someone. Obviously, we all have to compromise, because that’s just how life goes – we all have to compromise and make sacrifices. But I’m not going to bend and change into someone I’m not, just to make someone love me (or, as I used to put it, when I was younger ‘maybe I can make them tolerate me enough to spend some time with me.’ notice the difference? It’s almost funny if it weren’t so sad).
I do come with some quirks, as does everyone, but that’s what makes us human and in a loving, grown-up relationship with mutual trust and respect, we value these quirks, we can work with them. I used to be so scared that I’d be too crazy for someone to actually be able to love me (and every now and then, in a particularly bad hour, I still feel that way, but that’s okay – self-doubt is part of the process.), that I came with too much emotional baggage (I mean, I do, but then again, who doesn’t?) or that, as the first guy I liked, once said, ‘I like spending nights with you – but I don’t want anyone to see us together or to know, because you’re too weird.’ Cheers, mate!

Dating is scary – for everyone, woman, man, girl, boy, teenager, grown-up – it doesn’t matter. But it’s especially scary with a mental illness or if you, like me, have gone through a lot. Don’t ever think your mental illness makes you any less loveable or any less worthy and deserving of love, but, above all, remember that you and your wellbeing have to be your number one priority.

Check out our October advertisers for some great content: Stuart