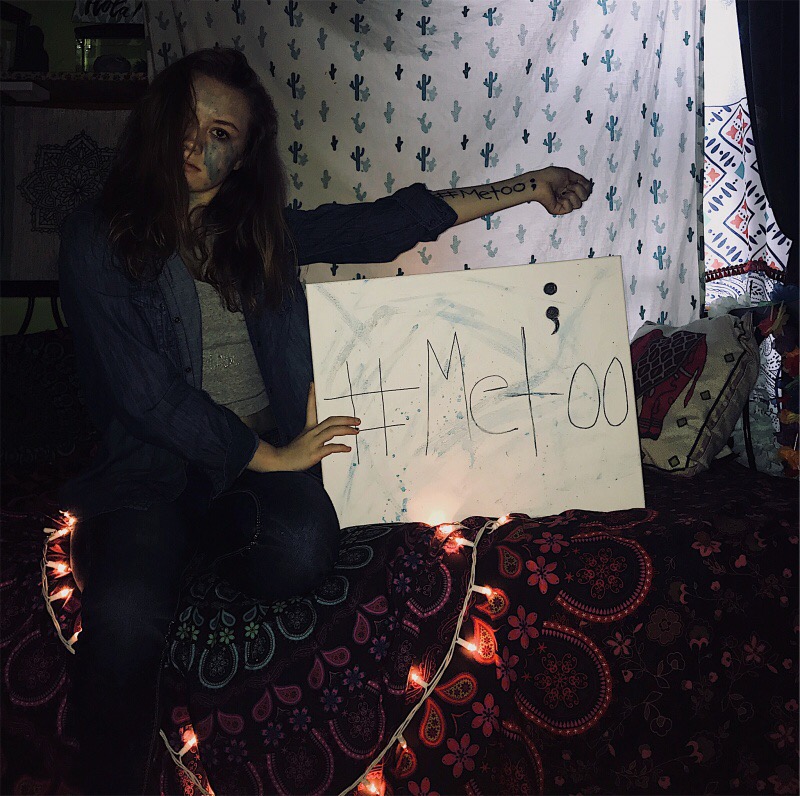 “Unlike most, my mental disorder(s) didn’t develop until after a traumatic event, which is why I think my story is unique. When I was a freshman in high school, I had my first boyfriend. Growing up without a father figure I didn’t know what a healthy relationship was. At 14 I was stuck in an sexually and physically abusive relationship. It wasn’t until months after we broke up that I had realized what he did was horribly wrong. Because of this event I developed an eating disorder, depression, social anxiety, and PTSD. I experienced panic attacks, flashbacks and nightmares. Physical symptoms such as nausea and fainting. Suicide attempts and self harm became more prominent. It had felt like everything was collapsing around me and there was no way to build anything back up.

I dealt with this by taking care of myself. I switched from public school to home schooling to focus on coping mechanisms and attended weekly therapy sessions. I dealt with my emotions through my hobbies, such as dancing. I dedicated my solo to my history and my emotions and it places highly in all competition.

Now at 17, I still struggle but I am able to see this boy in the hallway and know that I’m okay. And everything turned out okay. My advice to others is to believe that eventually, things will get better. You will be okay one day, even though right now you might not feel it. And to find peace through things you love, whether it be painting, singing or dancing.”

Check out our December advertisers for some great content: Stuart