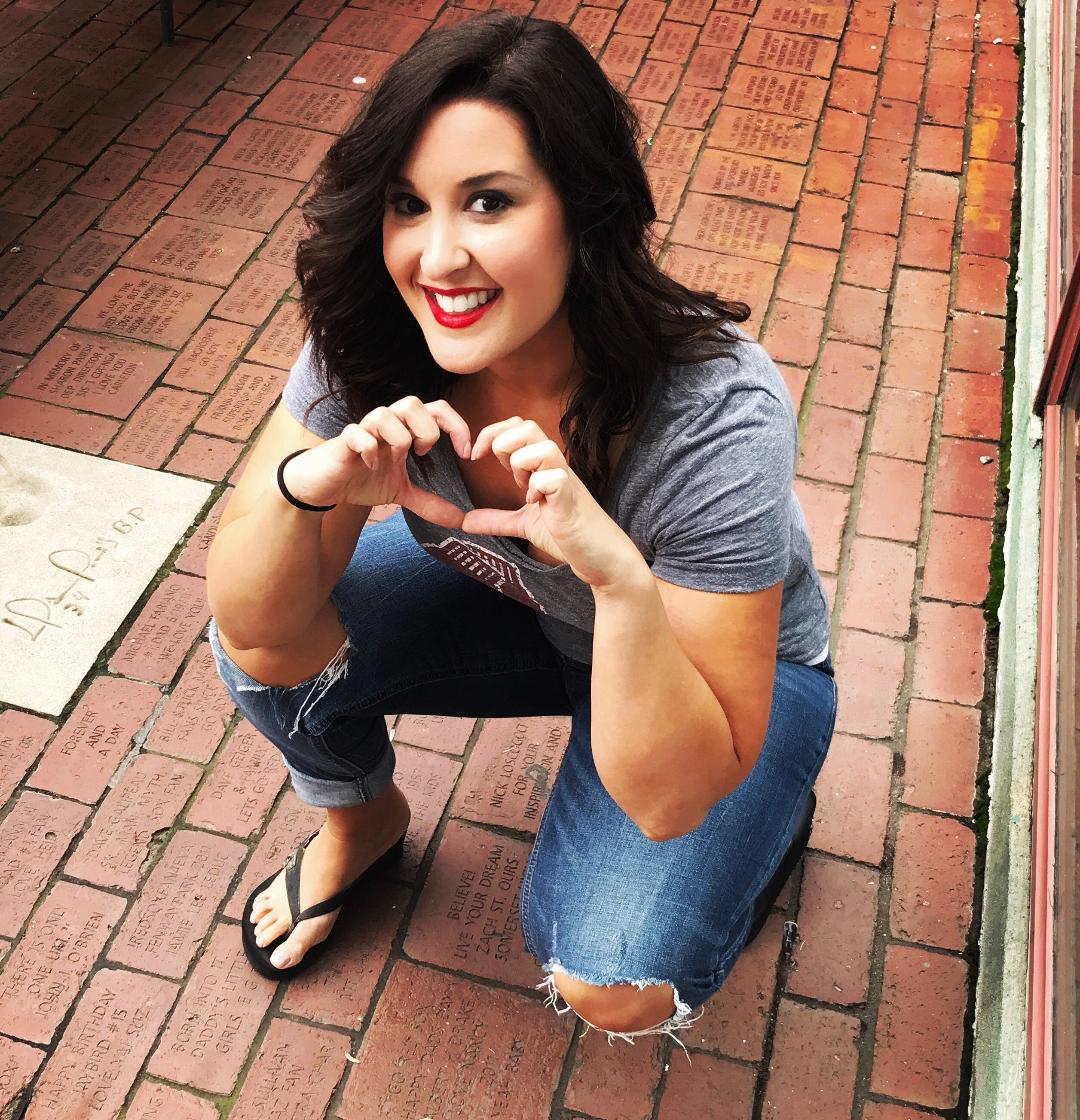 “I will always consider myself in active recovery, no matter how healthy I am, I will never forget the darkness that lives inside me and how easy it is to succumb to it. When I was thirteen years old, I was horrifically bullied, by a “friend”, who for an entire school year repeatedly told me that I was fat, ugly, worthless and should kill myself. He then proceeded to email me links and videos to accurately do so. I didn’t know this then, but his actions started a battle which consumed nearly half my life with chronic depression, suicidal ideation, panic, anxiety disorder, and binge eating disorder. In 2008, after my third time in the E.R with a violent panic attack I was given the option to voluntarily seek outpatient treatment, or be given an involuntary stay during my next trip to the E.R. I chose voluntary and during intake I was officially diagnosed with obsessive compulsive binge eating disorder. However, in the then current version of the DSM, binge eating disorder was not a formal diagnosis. I was classified as EDNOS (Eating Disorder Not Otherwise Specified) and with that diagnosis, was no proper treatment protocol. In the ED wing, I was treated as if I had anorexia and bulimia and then released after a week without any resources to help with my ED; which had since started masking symptoms of anorexia and bulimia. I remember going to a support group at the hospital Thanksgiving week, I was terrified of eating and was in a hyperventilating panic attack at the thought of a holiday which revolved around food. I had waited an hour to see my psychiatrist come out of meetings to beg him to help me, he looked at me sobbing in his lobby and said “I am not your doctor anymore, I can’t help you” and walked away. I thought I gave up hope, right there, I remember sitting on my bathroom floor contemplating my life thinking I couldn’t do this anymore. I also remember standing up and telling myself I had to keep moving forward.

It was another three years until I found a doctor who understood my eating disorder. At this time I had resolved the crippling panic disorder through medication and therapy (and leaving an emotionally toxic relationship), and was ready to focus on my weight. This process involved working through all of the trauma that consumed me, I found that in dealing with my demons I was able to regain some of my own power back. My nutritionist who was also an NP,  prescribed me phentermine, which I was skeptical of taking. I had been a yo-yo dieter for years and there was no “magic pill” to make me stop binging. I took it as prescribed and went to a networking event. About an hour into the event, a friend came up to me and said “let’s grab some food, I’m starving”, I looked at her confused and said, “there’s food here?”. I was standing right next to a table full of appetizers and hadn’t even noticed. This is what I call my lightbulb moment, the moment where for the first time in my adult life, in about thirteen years, I was able to have a conversation without paying more attention to the food in the room than I was the person I was talking to. For the first time, food did not consume my every thought and I realized all that had been taken away from me. I had never had a normal relationship with food, it was my drug and all I ever thought about was my next fix. After that realization, I excused myself to go to the bathroom and wept, it was also the first time I was really shown how consuming my ED mentality was and it was heartbreaking. The use of phentermine was very short lived, as I was never comfortable with taking a pill to lose weight. It was a tool that allowed me to create healthy habits and after about a period of two months, I was able to continue this work without its aid. Overcoming my eating disorder was the most difficult challenge, as it had me facing a lot of unresolved trauma and working through it. In a period of a year, I had lost close to 70lbs and had started advocating for mental health and self-care practices.

My depression contributed to me graduating high school with a 1.9 GPA, I failed out of college my first time around and had always thought this represented my worth, that I was unintelligent. I had come to learn that this internal voice, was the same thirteen year old voice that made be believe I was worthless. Determined to not let another person miss thirteen years of their life, I re-enrolled in school and can proudly say that I graduated with honors.  I am currently working toward my master’s degree in holistic clinical mental health counseling and continue my advocacy work both on social media and in my community.

I still consider myself to have an eating disorder and always will. I have to be constantly aware of my relationship with food and why I eat and sometimes, it consumes me and I obsess over it. Sometimes, I binge, but instead of loathing myself, I have learned to forgive myself. Positive affirmations have become a big part of rewiring my thoughts.

I also still struggle with anxiety, however, I feel this has been normalized and only situationally severe. For the most part, I have learned the tools to handle it without medication; but still keep a “security blanket” bottle of klonopin for those moments when my anxiety prevents me from sleeping. I think the purpose of me wanting to share my story is to reiterate that it does get better, that there are people who want to help and to never give up on yourself.”

Check out our March advertisers for some great content: Stuart