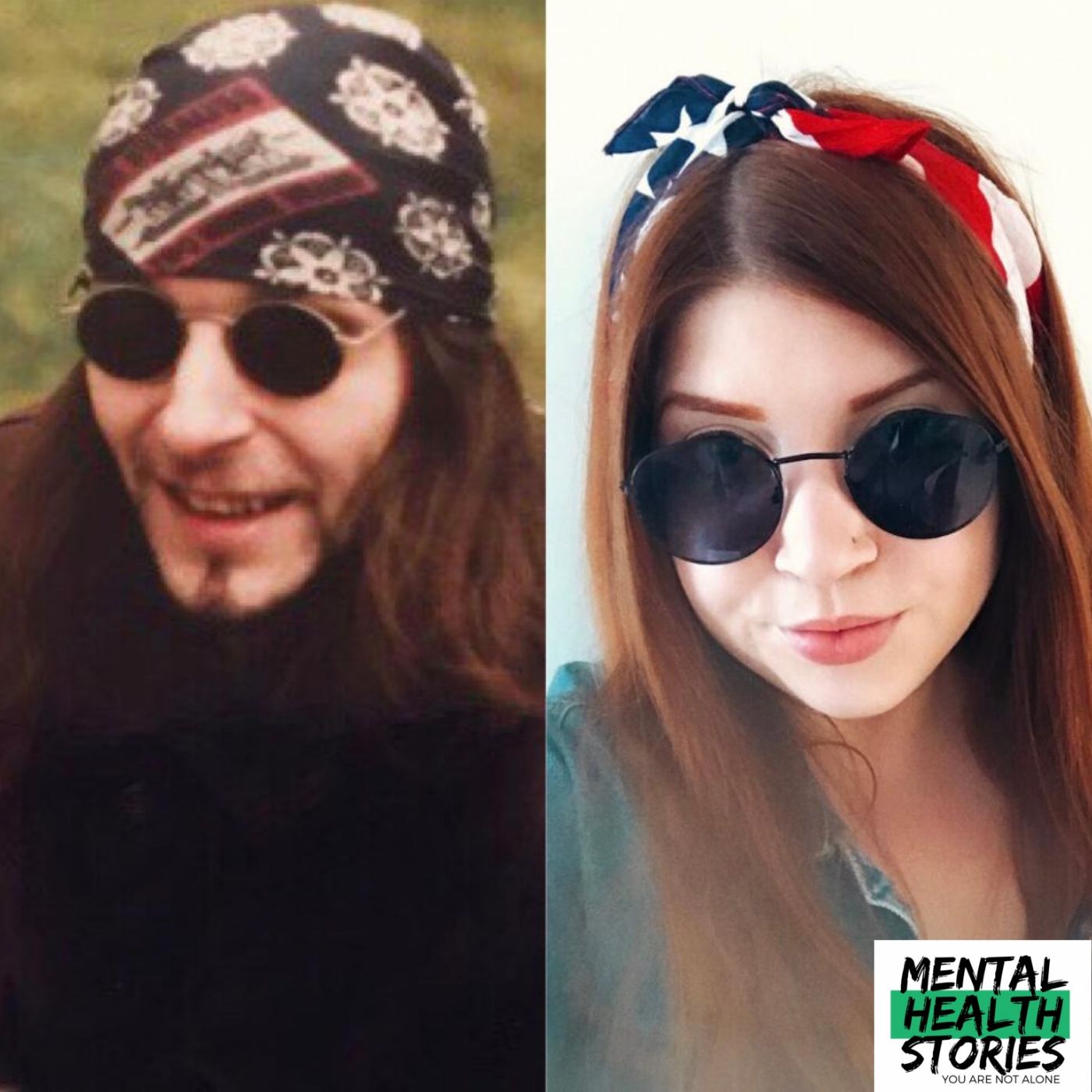 “It was 18 years ago. My mum and I came back from a holiday, a couple of days we had spent away with my grandparents. We couldn’t find my father, the flat was locked, our shop – a tattoo parlour that my parents owned – was closed and seemingly empty. We contacted neighbours, friends… as the hours went by, I remember it very well, I felt a growing sensation of resolve building up inside of me. A part of me already knew what had happened and it didn’t come as a big surprise to me. He had talked about it a lot, had threatened to kill himself on countless occasions, had written numerous suicide notes, but he had never actually gone through with it. Except this time, he had.

We didn’t find out until the next morning, though. The police found him. He had shot himself.

What followed were 18 years of nothing. And by nothing, I mean literally nothing. I had distanced myself from my father’s suicide before I had even gotten confirmation that it had actually happened. I cried once, not a real cry – it was shedding a couple of tears, and then there was this one defining moment, just hours after we had found out, where I thought to myself that this was my life now and I needed to accept it. So I did and continued my life, as if nothing had ever happened. Moving forward, I never really talked about my father. It was like he didn’t exist – I mean, duh, he didn’t, he was gone – but it was almost like he had never even existed before, like he had never been part of my life. When someone asked me about him, I just said, ‘Oh, he died,’ laughed awkwardly and changed the topic. There were so many feelings – so much anger and hurt, my suspicion is that there was so much that needed to be felt that, for some reason, my brain just turned it into indifference, so it wouldn’t have to deal with any of it. Even in therapy I never talked about him.

As I got older, I got angrier, because I started struggling with some mental health issues as well. I felt a lot of disdain, a lot of dismissal for him, because I thought he was weak, laughable, almost. He had given up, while I was still there, struggling, but always carrying on, through every obstacle that life threw at me. It made me angry that I had to be strong, while he had, so cowardly, put an end to everything. And then I got sad, because there were so many milestones that he wasn’t there for – my eighteenth birthday, my high school graduation, all the concerts I performed at, when I was accepted into University, when I moved to another country, he wasn’t there when I was at the absolute lowest point of my life… but I also realised, I wasn’t sad about the fact that he wasn’t there, I was sad that there was no father there. I realised, there will be no proud father, cheering me on, when I get my PhD, there will be no father to walk me down the aisle when I get married, there will be no father boasting to his friends about my research publications… and I will forever feel, in a way, incomplete.

It wasn’t until 2017, when I was 25 years old, that I noticed a slight shift and weirdly enough it had to do with the singer, Chris Cornell’s, death. His death touched me way more than it should have – I wasn’t even a fan, I liked two of his songs, yet his suicide affected me deeply and for weeks I couldn’t stop thinking about him and how horrible it was that he had killed himself. I realised, of course, that this was weird, but it did set something off.  And it took another 2 years until I finally cried about my father’s death. At the age of 27, eighteen years after his suicide. Because I found myself in a situation, where I thought, ‘I really want to tell my father about this,’ and for the first time in my life it wasn’t just a father, it was my father, the one I had lost.

I thought it would be a good idea to re-read my father’s suicide notes. Another thing that made me incredibly angry. He had written several notes – to my mum (she got multiple letters), the police, his parents, his grandmother, my grandparents, the newspaper… he hadn’t written one for me. He briefly mentioned me in one of them. Up until now that’s something I will never understand. Especially, when there are stories about fathers who knew they were dying and pre-ordered flowers for their daughters’ birthdays to be delivered every year until they turned 21. And I didn’t even get a letter.

I don’t remember much about my father, I was 9 when he killed himself – I remember a lot of negativity, his anger issues, his drug addiction, his mental instability, but I also remember autumnal dog walks (maybe that’s where my love for autumn comes from), car rides where we’d listen to Rammstein and The Red Hot Chili Peppers, secretly eating ice cream in December (even though my mum explicitly told us not to) and binge-watching The Simpsons together. And above all, I remember that he, like me, was a dreamer. I dream big and, in my family, I often feel alone with my dreams and goals and I often wonder, what my father would say in certain situations. I sometimes wonder if he can see me, if he can see the life I’m building for myself, the woman I’ve become – the woman I’m finally becoming, because, as I’m dealing with this, I am changing so much and I’m finally becoming me and acknowledging this part of my past and this part of who I am.

It took me eighteen years to get to where I am now. At 28, I have finally started to make peace with what happened. And while it is extremely tragic that he saw no other option, that he was so desperate, I wanted to shed some light on the effect suicide can have on family members. So much more was lost than just one life, when he pulled that trigger.

And if we shall ever meet again, I believe I will greet him as an old friend. I will ask him, how he’s been doing, if he’s found the peace he had so desperately been seeking and I will tell him about my life and everything he’s missed so far. I always imagine this as a peaceful, autumnal walk with our old family dog; the air is crisp, there are leaves on the ground and we just walk for a while, we talk, there is no pressure, no hard feelings. Then we smile and we say goodbye and we part ways again.”

If you are feeling suicidal, call 999, go to A&E and ask to talk to the crisis resolution team (CRT) or talk to a trusted person. For a list of help lines for other countries, please refer to this post.

For more posts by our ambassador Sarah, click here.