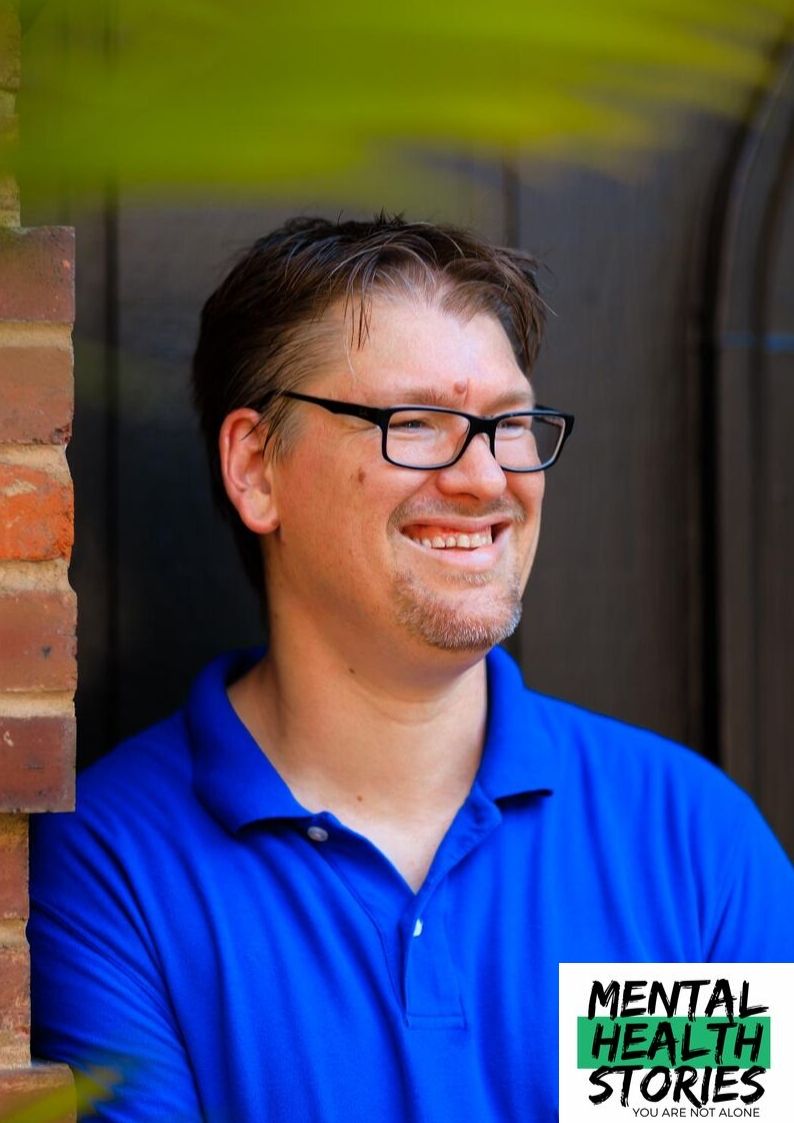 *** TRIGGER WARNING: MENTIONS SUICIDE ***
“I battle depression and psychogenic nonepileptic seizures.
One year ago today, I shuffled out of the psych ward. They said I was ready to face the world again, and that my suicidal thoughts were under control. I wasn’t so sure. I knew the demons that I still faced every morning, and every night, and every moment in between. But, I was apparently ready to go back out into the world.

The first few days were rough. The psych ward had reduced my existence to watching bad television, attending group therapy, and lying on my bed to sleep or read. Now, I had a full house of kids who loved me, but I’d forgotten how to engage with them. I had a wife who wanted to know I was going to be okay, but I didn’t know what to say to her—because I didn’t feel okay. Amazing how much my life had changed in a single week.

But I pushed forward, trying to put back together the pieces of a life shattered by suicidal thoughts. The day I was admitted to the mental ward was different than any other moment in my life. Sure, I’d considered suicide before, but not like this. I was going to kill myself that day. I knew it, and so did everyone I talked to, everyone who played a part in me still being here today.

I’m so grateful to the family and friends who surrounded me with phone calls and visits and, most importantly, love. They reminded me that I matter, and that the world would be a lesser place without me in it. Because that’s the biggest lie that my suicidal thoughts were telling me. They were saying everyone would be better off if I wasn’t around.

Coming back from the bland surroundings of the mental ward and reckoning with the wounds my suicidality had imprinted on my soul proved difficult. It was slow going, to say the least. Some days, I was almost afraid to engage with anyone, in case I fell back into suicidal thoughts again. I didn’t want to raise anyone’s hopes about my future as a friend, or father, or husband, or…whatever, if I was just going to kill myself anyway.

I found myself pulling away from my friends and family, almost as a courtesy to them for an inevitable suicide attempt. Because I didn’t trust myself to be able to say no the next time the opportunity presented itself. And I didn’t want to deepen their pain by drawing closer to those I loved, only to rip myself away from them when I died by suicide later.

But I realized over time that turtling up was the best way for me to end up back in the psych ward, or dead. So I made a decision every day to live an open life.

I uncovered the powerful truth that depression doesn’t thrive in community, so I chose to share the thoughts rumbling around in my head, even if they weren’t good or safe or Christianly. I talked with my friends about the darkness when it was descending on me, whether it was overwhelming or just a light touch. I invited God into the mix by praying when I felt off-center, and I began to develop daily routines that helped me find rhythm in each day. Together, these things staved off a battalion of depressive thoughts.

And I also found something surprising to me – the people who loved me accepted these painful and distressing thoughts with gratitude. Don’t get me wrong: they weren’t happy I was battling suicidal thoughts, but they were thrilled I was opening up to them. And they were full of ideas that gave me tools in the fight for my life.

So I started using those weapons to fight the darkness. I began practicing centering prayers. I began to do body check-ins and to stop accepting as my own every thought that entered my brain. And an unexpected thing started to happen. I realized that I wanted to live again, and I stopped being afraid of the next time the darkness came knocking on my door.

And the darkness did come, with a fury I didn’t expect.

Some time ago, I was staying over at a family member’s house. They have guns. It’s a legitimate need, because they live on the far side of nowhere, where snakes and rabble-rousers abound. But I found myself in a bedroom, by myself, with a loaded gun on the nightstand. Before I knew it, I had the gun in my hand, pointed in my mouth.

I was right back where I’d started, I thought. Here we go again, except this time there’s no stopping me. I am going to die by suicide. There’s nobody to stop me, nobody to call. It’s just me, and a gun in my mouth.

In that moment, three things came into my mind:

When I was in the psych ward, my pastor visited me, and his words gave me hope and life. He said, “Don’t you quit on us. God’s not done with you yet. We need you, Chris.” I believed him that day, and his words gave me the courage to leave the psych ward. With the gun in my mouth, I remembered those words, and they gave me courage. I believed that I was needed. I believed I shouldn’t quit, because God wasn’t done with me yet.

I remembered the people who matter in my life – my wife, my kids, my mom, and so many others who have become family even if they aren’t blood relatives. They have been through so much with me already—and not just the battles. I thought of the moments of side-splitting laughter, moments of unadulterated joy, moments of celebration. If I pulled the trigger, I would miss them all dearly. I wasn’t ready to stop making memories with them.

And then, I thought about what would happen to my family if I chose to die by suicide. Stories from two of my friends came to mind. They’d told me how the wounds of suicides in their families have never healed, even decades later. One friend talked about their father, and how he was never going to be okay, even thirty years after he’d lost someone to suicide. I didn’t want to wound my loved ones so dearly and leave hurts that would never heal.

This might sound like a failure to you. I saw a gun, and I shoved it in my mouth and contemplated dying by suicide. Again. But that’s not how I see it. I see it as a victory. Here’s the truth:

I was by myself, with zero support, and every opportunity to end my life. But I didn’t. I fought back. On my own. Without anyone to tell me why. I was able to battle on my own strength for my own life. And I won.

And that’s why I am still here. That’s why I am able to celebrate one year out of the psych ward. And I am definitely celebrating. I still have a lot to learn about how to live a well-balanced life. But I can honestly say that I am a better and stronger version of myself than I was even before I went into the psych ward. I am living a life with greater self-awareness, I no longer hide from my negative thoughts, and I am part of a broad community of family and friends who love and care for me. I’ve learned and gained and grown so much over this year.

So now, as I look forward to the passage of another year, to the celebration of my second anniversary of leaving the psych ward, I stand firm on the conviction that I am not done with this life yet—no matter what the darkness might tell me.”

Check out our December advertisers for some great content: Stuart