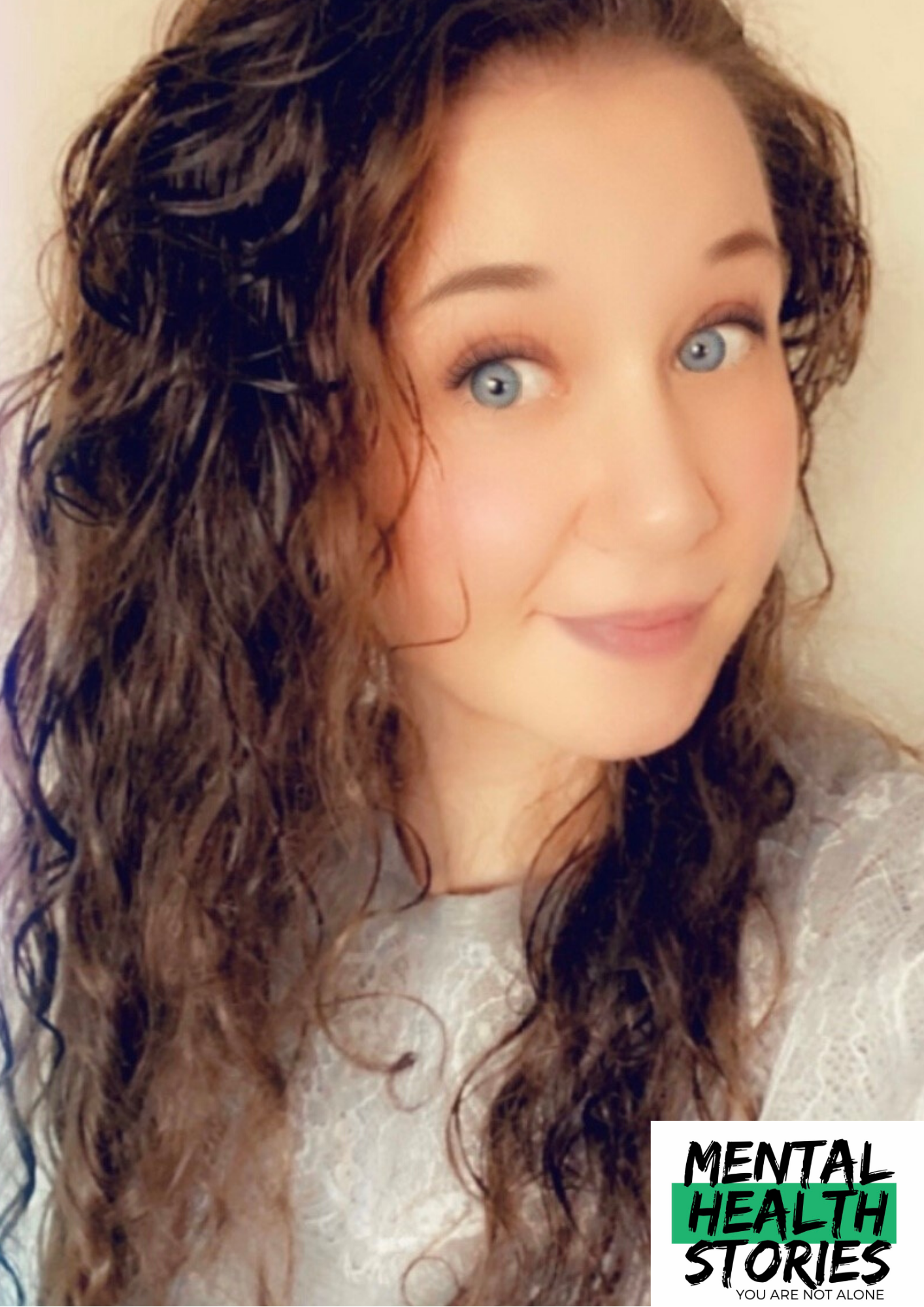 “My story of OCD, isn’t an easy story to tell, it’s cause me a lot of suffering and has rendered me housebound, however; I think it’s important that I share my story in order to raise awareness for how debilitating OCD really is and also to help others who are going through similar experiences feel less alone, as I know first hand how isolating it can be when no one around you understands what your going through.

I’ve lived with generalised anxiety disorder and depression since my early teens and some of the traits of OCD have always been there, but I wouldn’t say I developed ‘full-blown’ OCD until 2014, and it wasn’t until early 2018, aged 26 that I received a diagnosis.

Obsessive Compulsive Disorder can look very different from person to person and everyone who has the disorder suffers and struggles in different ways, but for me, I struggle with Contamination OCD. This means that I perceive things to be ‘dirty’ and capable of ‘contaminating’ me or my living environment. Which then triggers obsessive fears that something ‘contaminated’ will cause illness and ultimately death to either myself or a loved one.

In the beginning, it seemed ‘normal’ to want to wash my hands after coming home from the supermarket, before putting my groceries away. I’d convinced myself that I was only doing it to protect my nan,  (who at the time, I lived with and was undergoing chemotherapy for multiple myeloma cancer) but these obsessive thoughts became repetitive and before I knew it, I was coming home from the food shop, changing my clothes and washing my hands before putting away the food shop.

As time went on, these thoughts became more intense and began overtaking every aspect of my life. I couldn’t stop myself from carrying out the demands of my obsessive thoughts, in an attempt to stop them from recurring. However, no sooner had I satisfied one compulsion, I was faced with a new thought and found myself carrying out another compulsion. My mind was stuck on an never-ending loop, that I couldn’t escape no matter how hard I tried.

By December 2017, my OCD had completely broken me. Everyday things like showering, laundry, and moving between rooms had become a struggle, because I feared cross-contamination between activities/locations. It was also making it difficult, for me to socialise as I began to hate being touched. As a way of avoiding becoming ‘contaminated’ I then began withdrawing myself from both my family and my friends. Everyday I’d lock myself in my dressing room and would only venture out to use the toilet or make myself some food.

I hid my issues from absolutely everyone around me, I suffered alone and in silence with my intrusive thoughts for four years because I felt embarrassed and frightened by what was going on in my mind. The only way I knew how to ‘cope’ was by telling myself; ‘it’s only a problem, if I admit it.’ but this just made matters worse, the more I tried to ignore my OCD, the more intense it become until it go so bad that by February 2018, it would take me twelve hours to do one load of laundry, I’d shower up to six times a day and I was using ten to twelve litres of antibacterial hand wash, washing my hands and arms up to my elbows, in boiling water, until my arms and hands, were dry, cracked, sore and bleeding.

Eventually my OCD, lead me to have a complete breakdown, and I’d become so depressed that I couldn’t even get out of bed, I just lay crying hysterically, begging my family for help. It was only then, with their support that I was able to access private therapy and get the help and support I so desperately needed.

I’d like to say that my OCD, instantly got much better from this point forward, but sadly that isn’t the reality, my OCD got a whole lot worse, before it began to get better.

By April 2018, Simple everyday things like getting up in a morning, using the bathroom, showering and eating meals became even more of a struggle for me.

I’d wake up and wait for everyone else to get ready for the day, then I’d have to wait three hours without anyone going into the bathroom for all the ‘contamination’ from my family to ‘disappear’ and be ‘safe’ for me to use. I’d then spend three hours in the shower washing my body and hair, over and over again.

Once I was finally showered and dressed I then faced an even bigger challenge, getting something to eat. By this point, eating was incredibly difficult for me as I was afraid of areas within my kitchen, I’d only eat off of one plate and use one fork. My breakfast consisted of a ‘breakfast drink’ and some form of cereal bar. I’d then stand in the kitchen for an hour, then have my dinner. However, because I deemed the fridge, freezer, and oven ‘contaminated’ my options for food were limited as I only had the gas hob to cook on. So I’d only eat potatoes, carrots and dry pasta as these could be stored in a cool dry place. – I also limited the amount I ate and drank to avoid using the toilet. As I only allowed myself to use the toilet twice a day.

Once I’d eaten my dinner, I’d then begin to get ready for bed, where I’d stay there until the following morning. I’d repeat this same routine, day in, day out.

By July 2018, I’d become so paralysed by my obsessive thoughts that I became entirely bed-bound, I was so terrified of ‘becoming contaminated and dying’ that I couldn’t leave the constraints of my bed. My depression then got worse and I began to feel like I couldn’t go on living like this anymore and was considering ending my own life, as I believed this would be the only way I could find relief from my OCD.

After a very lengthy and in-depth conversation with my therapist about my OCD, depression and the way I was feeling. My therapist told me that there needed to be a drastic change soon, otherwise I’d be admitted into a specialist in-patent hospital, as being so afraid of my living environment was making it impossible to work on exposures and recovery.

I quickly began to realise that I couldn’t heal in the same environment that had made me sick, and with the support of my therapist and family, I was able to move out of my family home and leave behind everything I was afraid of. – this isn’t a suitable decision for everyone but for me, it was a second chance.

I’m proud to say that since moving house, my life has changed dramatically. I’m no longer afraid of moving between rooms, I’m able to use my bathroom whenever I like and easily able to prepare meals and eat. I’ve also worked incredibly hard at cutting down the length of time I shower for, from 3 hours to 15 minuets, I no longer washing my arms up to my elbows when washing my hands and doing my laundry only takes as long as the washing machine takes.

My recovery is still very much a work in progress. Whilst I wash my hands a lot less I’m still using three litres of soap a day and I’ve not stepped a foot out of my house, since moving house 13 months ago. However, I know I’m getting stronger each and every time I face a fear and hope in time I’ll feel able to leave me house.

Working towards recovery had taught me that whilst I can’t control my obsessive thoughts (even though that’s what I tried to do for many years) I can control the way I react and respond to them.

To anyone who’s struggling with OCD or OCD symptoms, my advice to you is this; OCD thrives on your silence and that’s how it gains control over you. It isolates you and forces you to feel guilt, shame and embarrassment about what’s going on in your mind. It’s so important that you tell someone immediately how you’re feeling and what affect it’s having on you because there is help out their and you can and will recover!

You don’t and shouldn’t ever have to suffer alone and in silence like I did, for four years.”

Check out our March advertisers for some great content: Stuart