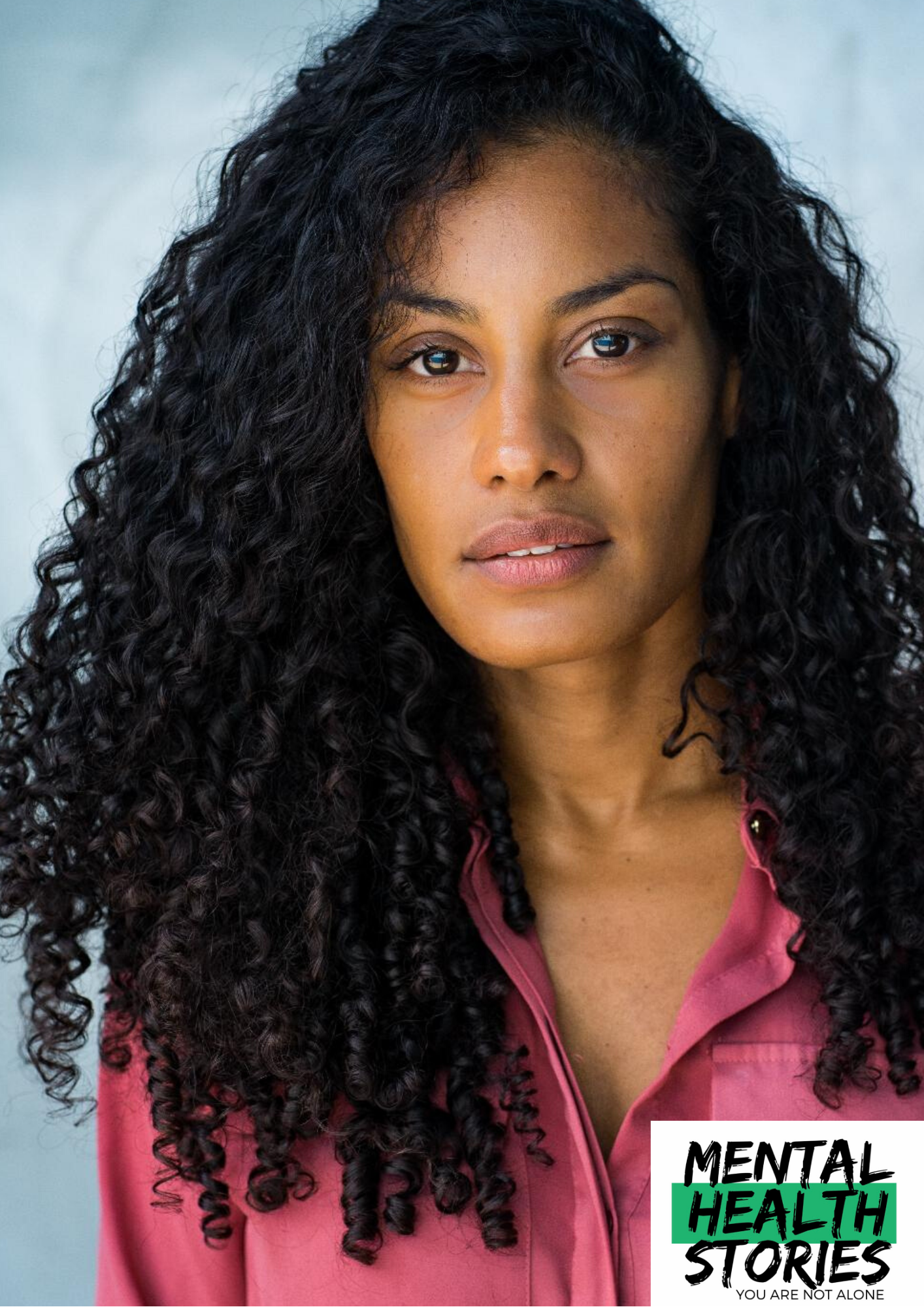 “I always felt that I didn’t belong in this world. I was aware that I was different and everyone around me knew as well. When I was three years old, my mom, sister and I moved from Surinam, South America, to a small town in The Netherlands. We were the only black family in the neighbourhood. I was the only black girl in my class. The people next door gave us dirty looks, and, once, the neighbour from across the street dragged my sister by her hair while calling her a monkey. I hated my brown skin, my black curls, I wanted to have white skin, blond hair and blue eyes like the other kids in my class. My body wasn’t shaped as theirs and at a young age, my body started developing quickly and I stood out, but I wanted to be normal. So, I started to starve myself. I was on a water diet for weeks until I became to weak to focus, to move, to walk. I was losing who I was because I was eagerly trying to push myself in a form that wasn’t for me. I didn’t fit in. ⠀⠀⠀⠀⠀⠀⠀⠀⠀⠀⠀⠀⠀⠀⠀⠀

My dad left when I was eleven years old. He emigrated to Surinam to build a new life with another woman. The first eleven years of my life, I had seen him approximately 15 times. I didn’t understand why I wasn’t good enough for him. My mom dealt with depression. Her soft side was concealed by the actions of a bitter woman. Her anger and my introversion didn’t go together. I never learned how to talk, share, express my emotions in words, so I didn’t. I was an unhappy child. The quiet one, standing in the corner of the playground while staring at the ground, trying to make myself invisible. But emotions always find a way out. My mom would yell, I would shut down. She would hit me, I would bite my lip. She would hug me, I would push her away. She would set rules, I would break them. She kicked me out of the house, and, one day, I decided to stay away.

I moved to the city and noticed the attention I got from men. Sex became love, a powerful tool to connect with another human being. A false connection if it’s the only tool you have. But it made me feel worthy. Even if it only was for an hour or even ten minutes. And eventually, sex wasn’t just a part of my life, it was my life. On some days, I had sex with three different men on the same day, biking from ‘appointment’ to ‘appointment’. My mind was so unclear. Birth control pills, did I take them? Condoms, did they use one? It didn’t even matter anymore, I just took the morning-after-pill again and again. Ambitions blurred out. I called in ‘sick’ to work too many times, but that’s not why I lost my job. It was when I seduced my boss in front of his wife. And after I showed up at the funeral of my best friend’s uncle while still being drunk from the night before, there was no one who wanted to take part in my life. I had to face that sex had become a plaster to temporarily cover up my pain. That my pain was destroying me. But I didn’t know how to share this, who to tell. And as I walked the streets, everybody seemed happy. Normal. They wouldn’t understand, and also, I didn’t want to burden them with my problems.

I attempted suicide. The next day, I woke up in the hospital. Now, everyone knew. There was no turning back, no denying, no pretending that I was fine. I had to admit to my family, a psychiatrist, but mostly myself that I was dying on the inside. Worthless. Lost. Admitting that I didn’t know who I was, was the first step. Now was the time that I needed to share my pain, because I, seemingly, couldn’t handle it on my own. The next step was finding out: who am I? What makes me happy? I had always liked drawing as a child. So, I decided to try painting and discovered that I had talent. There was actually something I was good at. The first building block to my confidence. I started writing and received positive feedback. Another building block. I managed to enroll in university without a high school degree just to see if I could do it. Within four years, I received my Bachelor’s and Master’s degrees. Building block. I signed up for a modelling contest and won. Building block. I did an acting workshop. Building block. I found out that these were all ways for me to express myself. You can only express who you are if you know who you are.

The courage to live doesn’t appear overnight. It starts with getting out of bed in the morning. Brushing your teeth. Making breakfast. Taking a shower. Opening the front door and stepping out. First just to the supermarket, later on, to visit a friend, then after a while to go to school, to work. And ten years later, you find yourself sat on the edge of a massive canyon, overlooking the sights of an endless rainforest in Guatemala, after travelling the country solo. And you tell yourself how grateful you are that you are alive.

Nowadays, I promote the power of sharing. As an actress and a writer, not only do I share the stories of others, but I also tell my own story about the struggle with depression, addiction, and the dark side we all have but tend to hide from the world in my solo theatre show ‘Dr. Jekyll and Miss Hyde’. Additionally, I use my Instagram profile as a confession wall to inspire others to open up. To be fearless, to show them that underneath all these layers we are all the same. So if I can overcome depression, you definitely can.”